"I promise I will never let any of you down," Zelensky said, addressing Ukrainians, including those who voted against him. 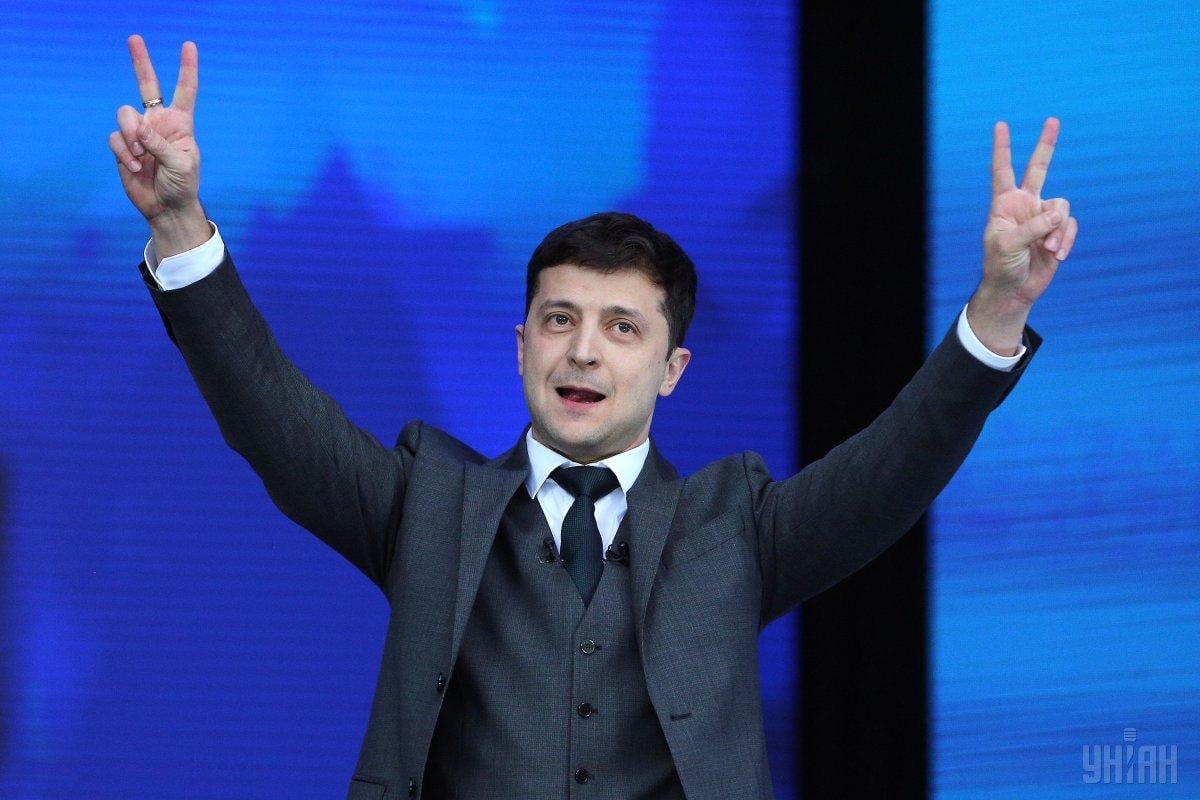 Some 73.21% of the voters supported presidential candidate Volodymyr Zelensky in the second round of presidential elections, while 24.46% voted for incumbent President Petro Poroshenko, the Central Election Commission (CEC) said after processing over 97% of electronic protocols.

UNIAN gathered major facts about Volodymyr Zelensky and his path from being a star showman to becoming a top politician.

Zelensky was born in the city of Kryviy Rih on January 25, 1978. While he was growing up, for four years he lived with parents in the city of Erdenet, Mongolia. He also went to primary school there. After that, his family returned to Kryviy Rih where he studied at school No. 95 with extensive English learning.

In 1995, he entered Kryviy Rih Institute of Economics, which is part of Kyiv National Economic University, where he received a law degree. He underwent a two-month internship during his time in the University.

Volodymyr Zelensky became famous in 1990s thanks to a highly-acllaimed KVN stand-up TV show. He was a member of various teams until he skyrocketed to his first big standup success with the launch in 1997 of a 95 Kvartal team. His founding teammates were Denys Manzhosov, Yuriy Krapov, and Oleksandr Pikalov. The team was named after after one his hometown Kryviy Rih's districts. Soon the team entered the KVN's Major League.

In 2003, a conflict erupted between the team and KVN's operator, a creative association of host Alexander Maslyakov, AMiK, after which Zelensky's team left the League. 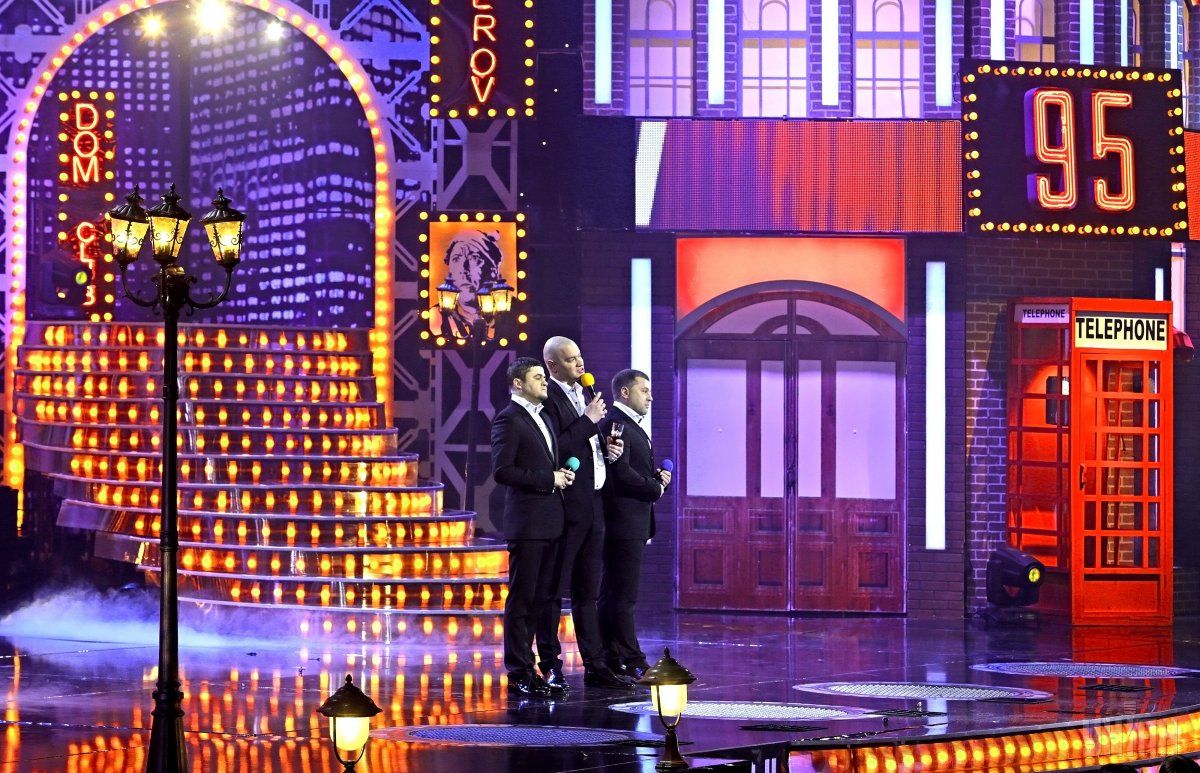 In 2005, after a conflict with KVN, the Vechirniy Kvartal [Evening Quarter] TV show appeared at one of the Ukrainian channels. Soon, the program became the highest rated on Ukrainian TV in a comedy segment. 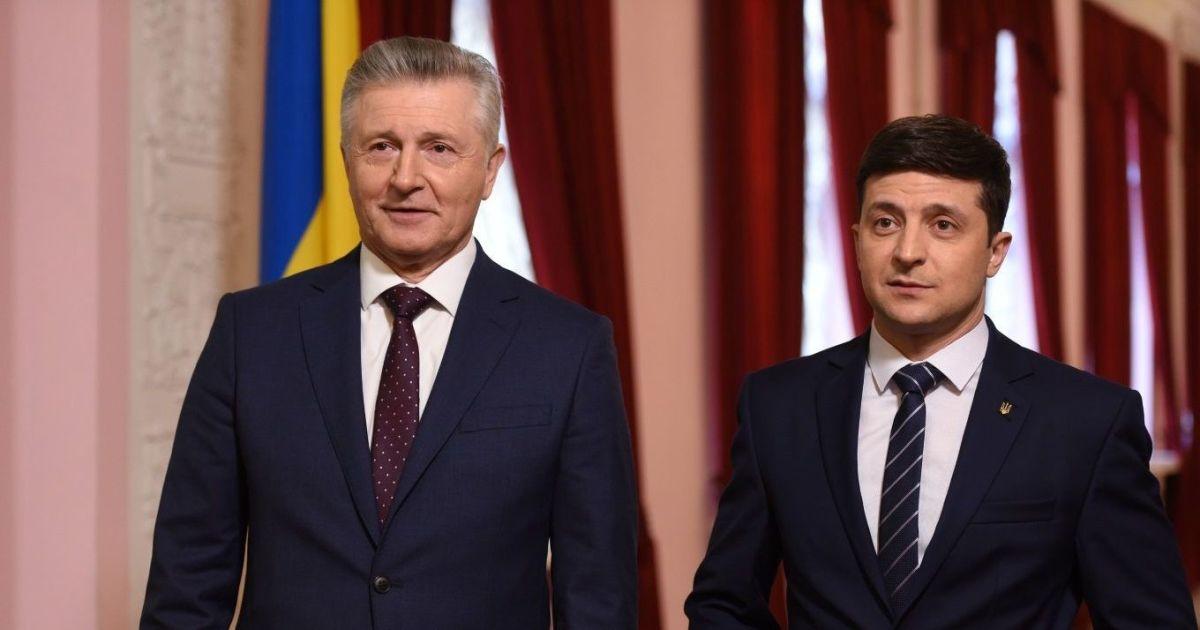 Servant of the People series / TSN 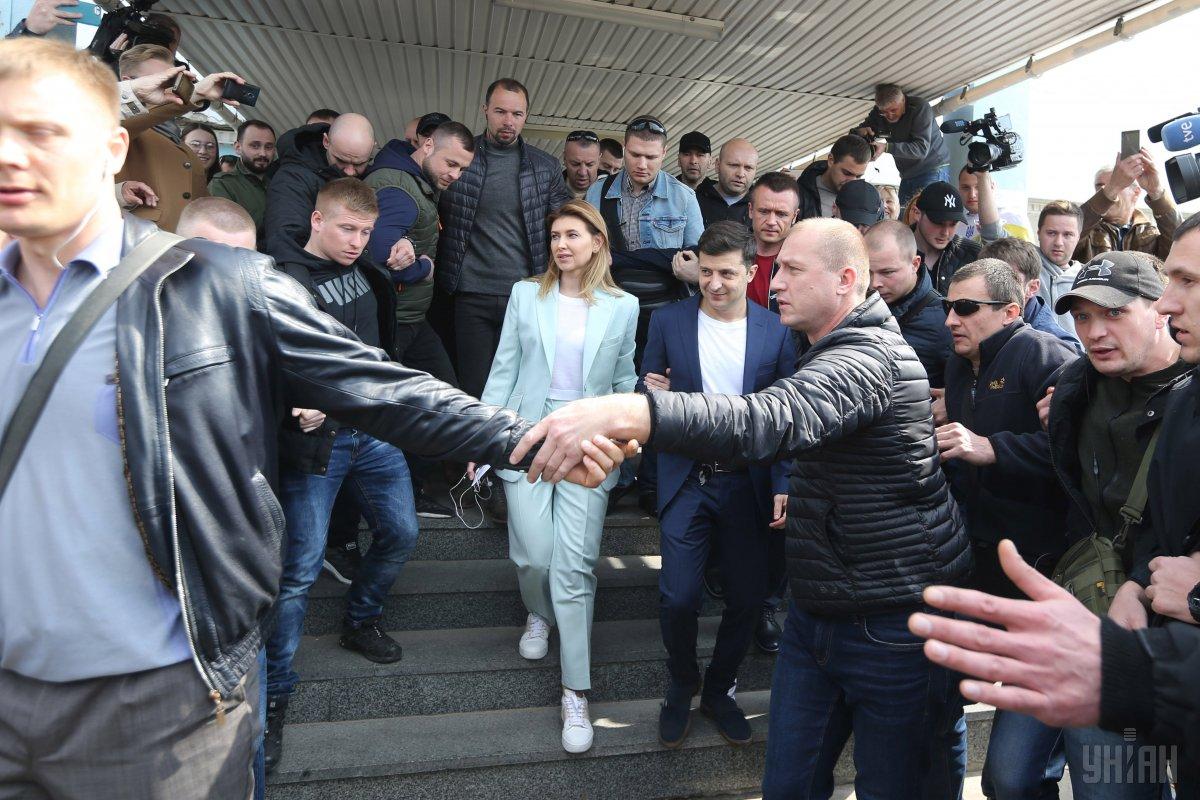 The showman has been married to Olena Kiyashko since 2003, with whom he had been going out for about seven years. They studied in the same school (same year).

Addressing the audience during the Kvartal 95 New Year's Eve late night show on 1+1 TV channel, Zelensky announced he would run for presidency in 2019. Later, the Servant of the People party nominated him presidential candidate.

After that, Volodymyr Zelensky and his team actively took on social networks, publishing a series of appeals to Ukrainians and incumbent President Petro Poroshenko.

On March 31, in the first round of presidential election in Ukraine, Zelensky secured a safe lead with 30.24% of votes. Poroshenko was a runner-up with 15.95%.

Since none of the candidates won an absolute majority of the votes (over 50%), after the official results were released, the Central Election Commission announced a runoff.

On April 19, a debate between Volodymyr Zelensky and Petro Poroshenko was held at Kyiv's Olimpiyskiy Stadium, which was actively discussed on social networks. 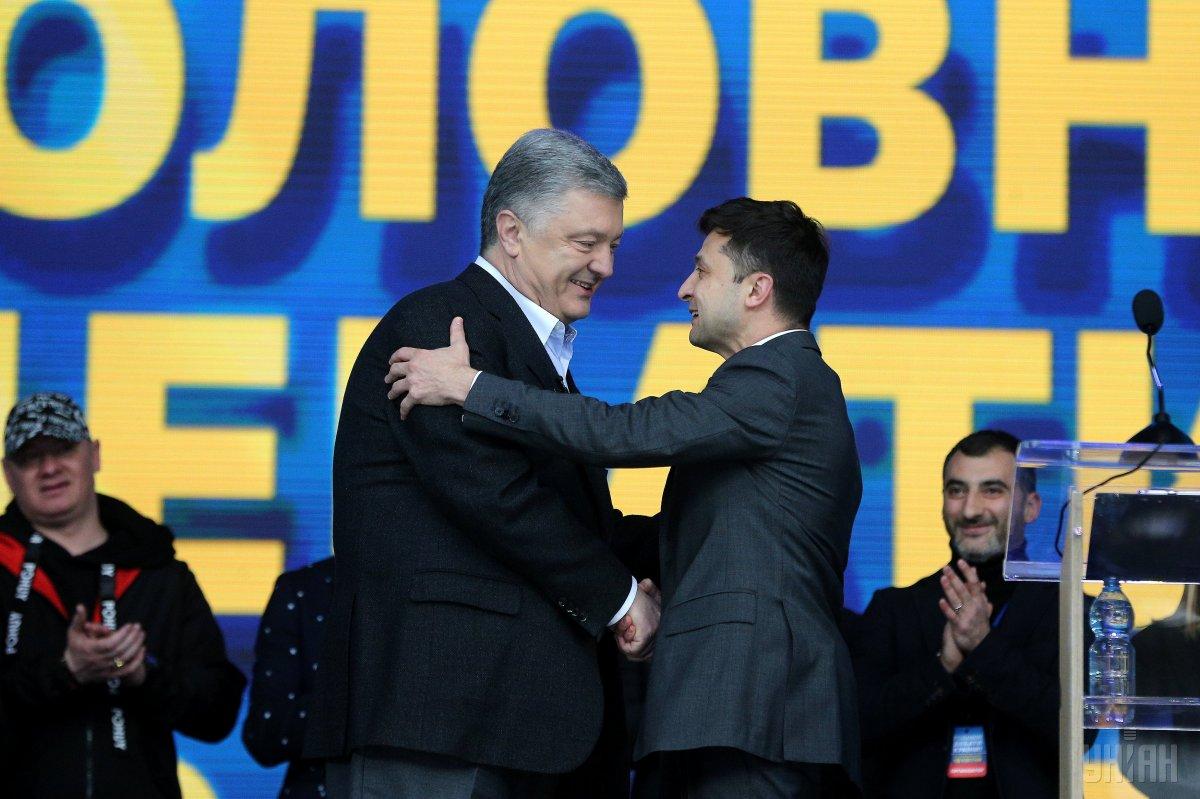 "I voted for Poroshenko. But I was wrong. Could I imagine that his 'living in a new way' would mean 'surviving?' That's why I'm here. With my team. I'm not a politician, I'm just a man. A regular guy who came here to break the system."

"How did it happen that Ukraine is almost the poorest country with the richest president in the entire history? Why did those who set a Roshen confectionary store on fire were found within four hours, while those setting fire to ammo depots and blew up [Belarusian journalist Pavlo] Sheremet's car can't be found for several years? Why no one has been jailed yet for Ilovaisk and Debaltseve [major defeats of Ukrainian troops in Donbas]? Why we don't we still know the names of Maidan shooters? Why haven't Yanukovych's allies been punished? Why hasn't immunity been lifted off lawmakers?"

"First of all, I'm not your opponent, I'm your verdict."

"Speaking of me 'hiding' [from the army]: I have been to the Anti-Terrorist Operation zone so many times. You know that I had a lot of shootings of the Vechirniy Kvartal TV shows. From whom am I hiding? From what draft notices am I hiding? I'm a public person. Couldn't they have found me and handed me over a draft notice?"

Another unexpected move was the fact that, during a debate, Zelensky knelt in remembrance of Ukrainians who perished in the war with the Russian Federation in Donbas after Poroshenko declared that "one shouldn't crawl before Putin to protect the state."

"Petro Oleksiyovych had a lot of achievements. And this is true. Visa-free travel, tomos, language, army. Everything that you wrote on billboards. But you know, it seems to me that you assigned all those achievments solely to yourself. I don't I understand why... Ukrainian language existed before you were here."

After the announcement of the results of exit polls that showed his victory, presidential candidate Volodymyr Zelensky thanked his family and promised everyone he would never let them down.

"We did this together," he said, thanking his parents, wife, and in-laws. While thanking his wife, he joked: "had she known earlier everything that was said about me, she would've not married me."

In addition, he thanked law enforcers for their "honest service" and the SBU – for"keeping him in good shape." "I am grateful to all our military and volunteers for keeping Ukraine alive," said Zelensky and also thanked all Ukrainians who supported him and all Ukrainians who "made another choice."

"I promise I will never let any of you down," Zelensky stressed.