Switzerland steps up sanctions against Russia over Ukraine

The government of Switzerland has stepped up its sanctions against Russia over Ukraine by prolonging their effect and extending the list of restrictive measures taken by the European Union in connection with the situation in Ukraine. 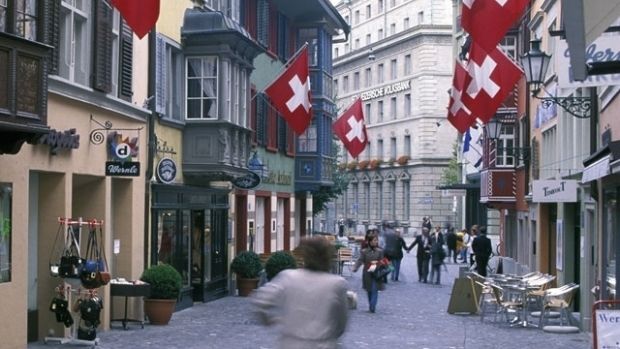 The Federal Council of Switzerland has decided to extend its measures to prevent the circumvention of international sanctions against Russia / newsru.com

The Federal Council of Switzerland on March 6, 2015, decided to extend its measures to prevent the circumvention of international sanctions, Russian news agency RIA Novosti reported.

"It added the measures decreed by the EU last December following non-recognition of the annexation of the Crimea and Sevastopol to the ordinance on international sanctions of 27 August 2014," the Federal Council said in an official statement.

All foreign investment in the peninsular of Crimea and the city of Sevastopol is now prohibited. Service bans apply in the investment and tourism branches, and in some other economic sectors. The existing ban on the export of key goods to Crimea and Sevastopol has been extended to include further articles. In addition, the measures have been made more precise to accord with adjustments made to the EU sanctions.

Furthermore, 28 names have been added to the existing list of individuals and businesses with whom financial intermediaries may no longer enter into new business relationships. Anyone in Switzerland with existing business dealings with any of these entities is required to report this relationship.