The West must stop acting as if it has no stake in the outcome and move quickly to help the newly elected president lead his compatriots toward a more democratic, sovereign and prosperous Ukraine. 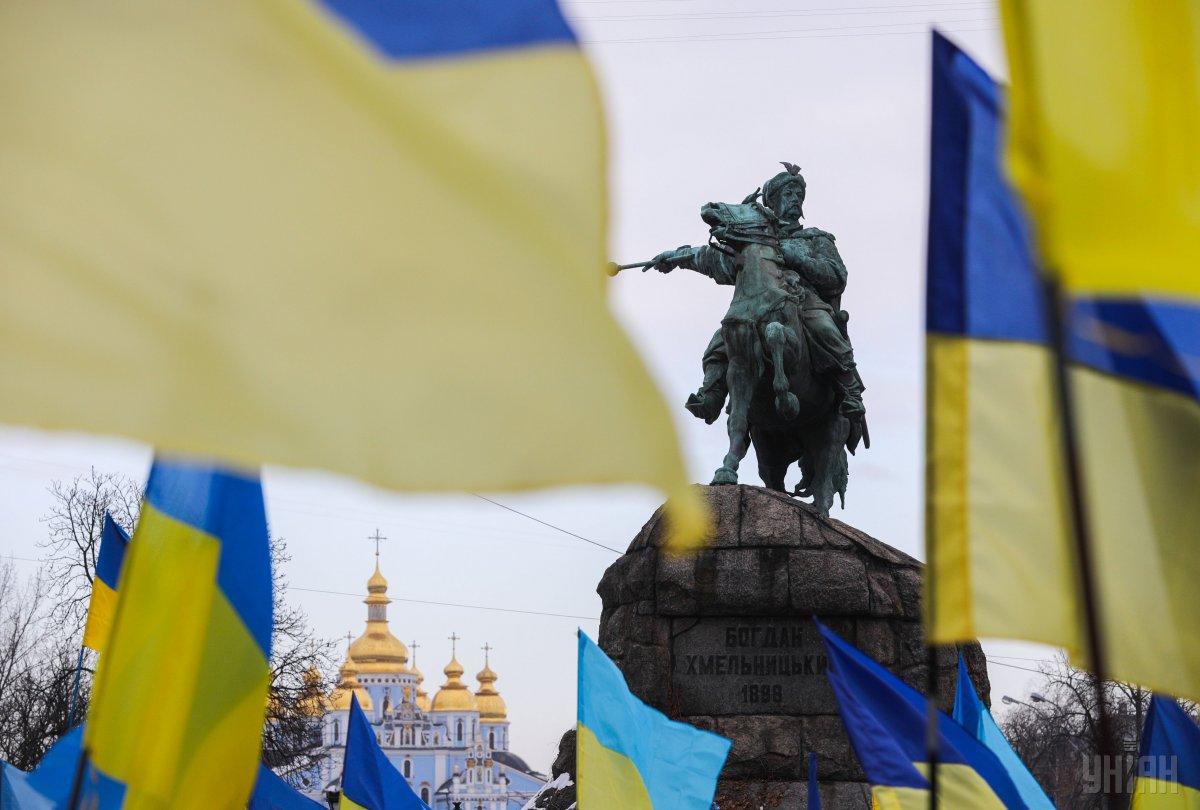 It's a moment of truth for Ukraine. Volodymyr Zelensky has won a landslide victory in the second round of Ukraine's presidential election, vanquishing the incumbent, Petro Poroshenko. Most Ukrainians know Zelensky as a fictional TV character on the hit show "Servant of the People," where he plays an ordinary citizen fed up with Ukraine's pay-to-play political system. On the show, Zelensky's character miraculously gets elected president after one of his rants against corrupt politicians goes viral. Now fiction has become fact as Zelensky prepares for a real-life inauguration later this spring.

Having run a campaign light on policy specifics, Zelensky is now about to show Ukrainians what kind of leader he will really be. In contrast to his carefully scripted TV persona, Zelensky is not exactly an ordinary citizen. He is, rather, a member of the elite, one who reportedly owns a lavish Italian villa and has close personal ties to at least one of Ukraine's wealthiest – and most controversial – oligarchs, Ihor Kolomoisky, senior director of the Penn Biden Center for Diplomacy and Global Engagement Michael Carpenter wrote in an article for The Washington Post.

"While we don't yet know what sort of president Zelensky will be, it is clear what sort of president Ukrainian citizens want him to be. Opinion polls consistently show Ukrainians want three things from their political leadership. First, they want a statesman who will stand up to Russian aggression and restore Ukraine's sovereignty. Second, they want a reformer who will take a battering ram to the oligarchic system that corrupts Ukraine's politics and economy. Finally, they want someone who will strengthen economic growth, boost wages and create jobs," he said.

Those things are easier said than done. Yet if Zelensky truly wants to be a "servant of the people," he at least knows what his strategic priorities ought to be. And his campaign rhetoric seems to reflect an awareness of these priorities. To counter Russia's continuing aggression in Ukraine, Zelensky has called for the United States and the United Kingdom to apply greater leverage on Moscow and get off the sidelines of the diplomatic process, which has been monopolized by France and Germany. To fight corruption, he has called for insulating Ukraine's law enforcement agencies – especially its National Anti-corruption Bureau and nascent anti-corruption courts – from political interference. To boost the economy, he has recognized that investment is key but that it crucially depends on rule of law and respect for property rights.

According to the author, if Zelensky is to succeed with an agenda that matches this campaign rhetoric, he will need both domestic and international support. Domestically, he will need a parliament and civil society willing to back reforms. While the current parliament will likely be too fragmented and gridlocked to get much done, parliamentary elections this October offer a near-term opportunity to bring in a strong bloc of reformers. Ukrainian civil society is already a staunch advocate of reforms and will be a key ally if Zelensky chooses to engage it.

The other thing Zelensky needs is the support of the international community. Unfortunately, like the parliament, the transatlantic community is also fragmented and consumed with other issues. This must change. The West must shake off its self-diagnosed "Ukraine fatigue" and replace its wait-and-see attitude with a more strategic policy of proactively supporting military, anti-corruption and economic reforms in this strategically important country.

Carpenter says if the international community does not embrace Zelensky, other actors will. Oligarchs are already champing at the bit to ensure their corrupt interests are advanced. The Kremlin will do the same. And other vested interests such as Ukraine's aging military brass will seek to delay and avoid the tough reforms they agreed on but never really wanted to implement.

"That is why the international community must engage the president-elect now to support the evolution of his views, his team and his policy agenda in ways that promote democratic values, an innovative economy and the rule of law. Western leaders should take Zelensky under their wing, provide strategic and technical advice, and offer to lend policy advisers who can offer their professional recommendations on defense reform, international diplomacy, legal questions and economic issues. Ukraine stands right now at an inflection point. The West must stop acting as if it has no stake in the outcome and move quickly to help the newly elected president lead his compatriots toward a more democratic, sovereign and prosperous Ukraine," the author added.

If you see a spelling error on our site, select it and press Ctrl+Enter
Tags:UkrainecorruptionRussianAggressionelectionsWestreformspresidentdemocracypoliticshelpZelensky