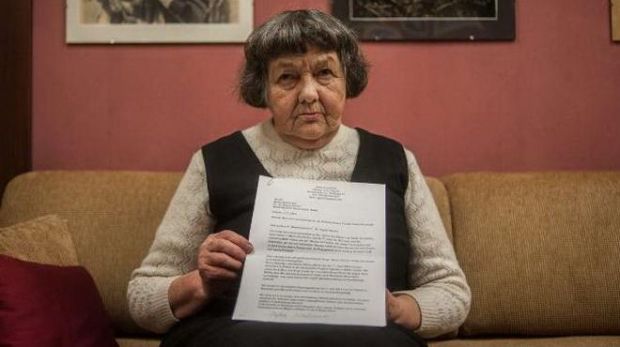 "Dear Mrs. Merkel, please help me save my daughter. I appeal directly to you and strongly hope that you will in any possible way help us get out of this situation," Maria Savchenko wrote in a letter published by Bild on Saturday, ZN.UA reported.

According to the mother, her daughter has an alibi, therefore she cannot be guilty of the death of Russian journalists in Donbas – this is what Nadia Savchenko is accused of in Russia.

Earlier, Ukrainian President Petro Poroshenko sent a letter to his Russian counterpart Vladimir Putin, asking to release Nadia Savchenko. In his answer, Putin wrote that a final decision on Savchenko "will be based on legal norms and principles of humanism."

As UNIAN reported earlier, Savchenko was abducted by Russian-backed militants in Donbas last summer, and then taken to Russia, where she was charged with being involved in the death of Russian journalists. Savchenko's defense claims she could not be involved in the journalists' death, as she had been captured before the accident.

In late January 2015, Russian investigators said they had opened a new criminal case against Savchenko – on illegally crossing the border into Russia.