Two draft resolutions on repealing the parliament’s decision on the adoption of the law have been submitted. 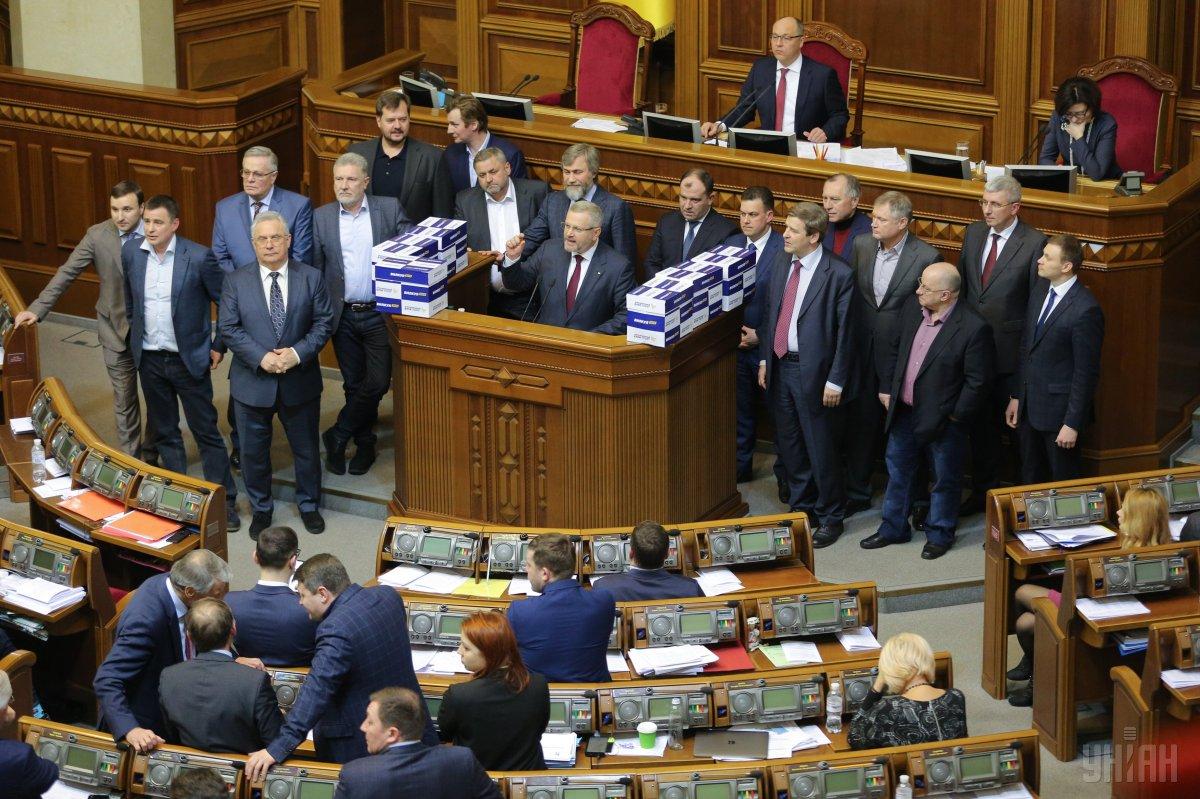 Deputies from the Opposition Bloc faction on Thursday, April 25, blocked the signing by Parliament Speaker Andriy Parubiy of the law on the functioning of the Ukrainian language as a state language, according to an UNIAN correspondent.

Two draft resolutions have been registered in the Rada to repeal the parliament’s decision on the adoption of said law.

Thus, the Verkhovna Rada registered draft resolution "On repealing the decision of the Verkhovna Rada of Ukraine of April 25, 2019, on the adoption of the draft law of Ukraine on ensuring the functioning of the Ukrainian language as a state language" (Reg.No 5670-dP), authored by Opposition Bloc chair Vadym Novinsky and his deputy Oleksandr Vilkul.

Another draft resolution was also registered, with the same title (Reg. No 5670-d-P1), whose authors are non-faction deputies Yuriy Boyko and Yuli Ioffe, as well as members of the Opposition Bloc faction Vasyl Nimchenko, Nestor Shufrych, Yury Myroshnichenko, and Mykhailo Papiyev.

Parliament regulations say the law shall not be signed by Speaker until the parliament votes on these draft resolutions.

If parliament does not support these resolutions, Andriy Parubiy has the right to sign the law and forward it to the President of Ukraine to get his signature on it.

As reported earlier, the Verkhovna Rada of Ukraine on April 25 adopted the law "On ensuring the functioning of the Ukrainian language as a state language."