Parliament notes that by his decree Putin creates the legal conditions for the possibility of official use of the Armed Forces of the Russian Federation against Ukraine. 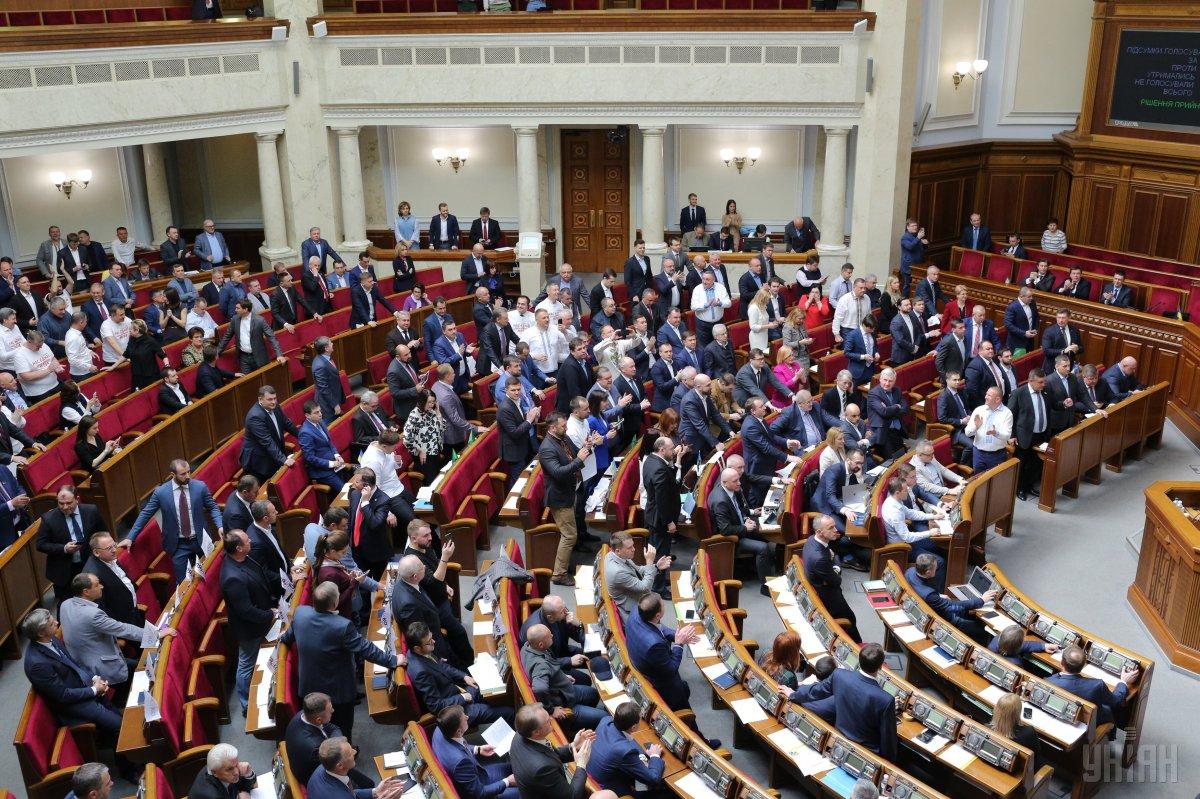 The Verkhovna Rada of Ukraine demands that Russian President Vladimir Putin revoke the decree on the facilitation of procedure for issuing Russian passports to Ukrainians living in the occupied Donbas, and calls on the United Nations, NATO, European Union member states, the U.S., Canada, and a number of international structures to condemn this criminal move.

This is stated in the corresponding resolution approved by the Rada on Thursday, April 25, on the appeal to the United Nations, the Organization for Security and Cooperation in Europe, the Council of Europe and their parliamentary assemblies, the European Parliament, the Inter-Parliamentary Union, parliaments and governments of the EU, the U.S., Canada, NATO, and diplomatic missions of foreign countries in Ukraine regarding the criminal decision of the Russian leadership on issuing Russian passports to Ukrainian citizens in the occupied Russian territories of Donbas (No 10259).

The appeal of the Ukrainian parliament recalls that on April 24, Russian President Vladimir Putin issued a decree, which opens the way for the illegal issuance of Russian passports to citizens of Ukraine residing in the temporarily occupied territories in Donetsk and Luhansk regions.

"Thus, the Kremlin once again deliberately and cynically violated the fundamental principles of international law. Russia's previous practices of unlawful use of the institution of citizenship in the occupied territories testifies to its coercive and discriminatory nature; it is a tool for committing crimes against humanity, and it entails a violation of human rights," the document reads.

It is noted that Russia once again violated the state sovereignty and territorial integrity of Ukraine, international law, and international agreements.

The Verkhovna Rada is convinced that "such unfriendly actions of the leadership of the Russian Federation are a gross interference in Ukraine's internal affairs and a confirmation and strengthening of the illegal occupation of the Ukrainian Donbas."

"They are aiming at destabilize the internal political situation in Ukraine during the post-election period," the resolution says.

With these actions, the Rada notes, the Kremlin also once again debunked the key message of Russian propaganda about the "internal Ukrainian conflict."

Thus, the Verkhovna Rada strongly condemns the aggressive actions of the Russian leadership, putting emphasis on the inadmissibility of shifting from international law and international agreements.

"Of particular concern to the Ukrainian parliament is the fact that the practice of illegal issuance of passports in the territories occupied by Russia was used by the Kremlin in other long-term conflicts as a legal and humanitarian reason for further aggression, justifying it with the alleged protection of its citizens living outside Russia," the statement says.

The Ukrainian parliament notes that legitimizing the illegal issuance of Russian passports according to the so-called South Ossetian and Transnistrian scenarios is "an attempt to justify, legitimize and expand Russia's military presence in the occupied part of the Ukrainian Donbas."

The Verkhovna Rada considers Putin’s decree "legally null and void" and such that cannot change the fact of Ukrainian citizenship of the occupied Donbas residents. It is noted that the Verkhovna Rada supports the initiative of President of Ukraine Petro Poroshenko on considering the issue as soon as possible at the UN Security Council, as well as in other international formats, particularly the OSCE and the EU.

In addition, the Verkhovna Rada "requires President Putin to repeal the decree in question.

If you see a spelling error on our site, select it and press Ctrl+Enter
Tags:RussiaDonbaspassportsRadaRussianAggressionParliamentinternationallawappealviolations