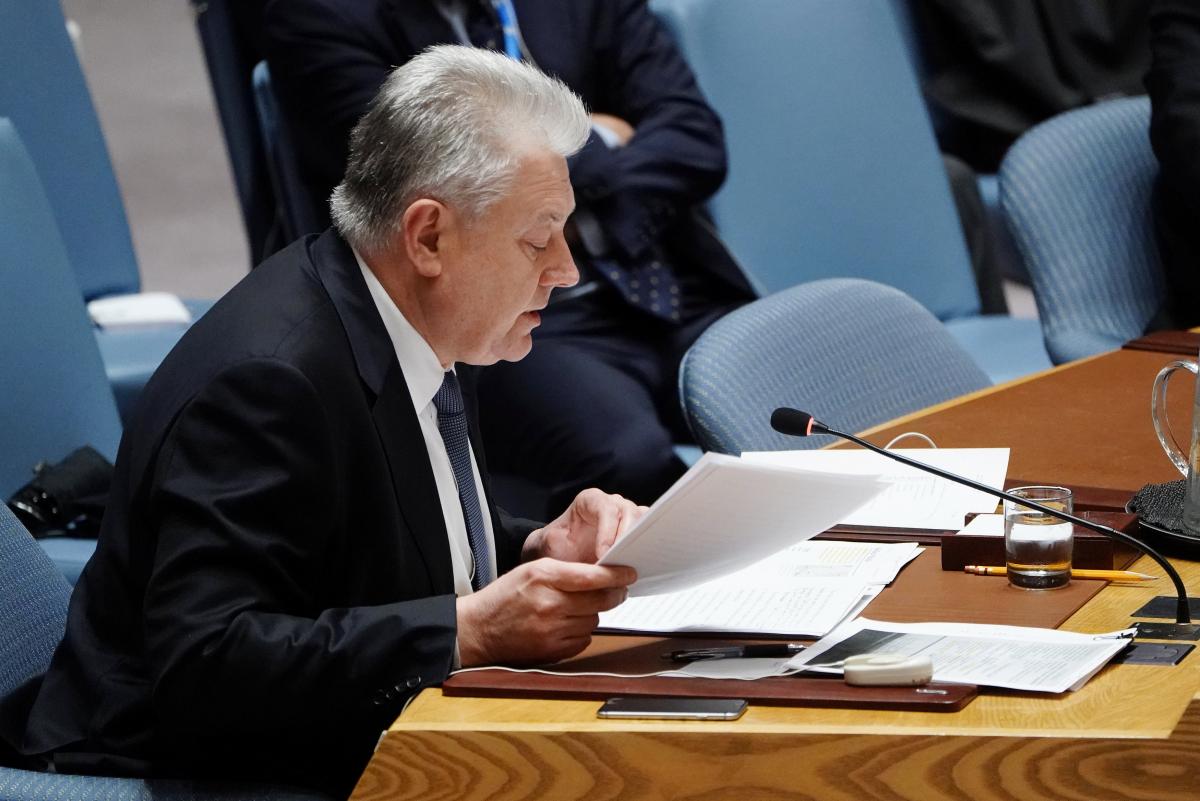 Permanent Representative of Ukraine to the United Nations Volodymyr Yelchenko has said distributing Russian passports in Donbas could be easily used by the Kremlin for legitimizing its military presence in Ukraine.

"Distributing en masse Russian passports in that region could be easily used by the Kremlin for legitimizing its military presence in the Ukrainian territory to protect would-be Russian citizens. The Kremlin's decision is a clear proof that Moscow is choosing the same scenario. This is nothing else but a thinly veiled attempt to vindicate the ongoing occupation of these territories, to wrest them from Ukraine and dismember my country," he said at a United Nations Security Council (UNSC) briefing titled: "Letter Ukraine PR (S/2014/136)" on April 25.

According to Yelchenko, this is nothing else but an artificial pretext to continue sending Russian troops to Ukraine and sustain the undisguised military aggression against Ukraine.

"This is nothing else but a premediated and concerted effort to undercut prospects for a peace settlement on the basis of full and proper implementation of the Minsk agreements," he said.

"Indeed, the illegitimate decree of the Russian President completely undermines the logic of the Minsk agreements and in fact, makes their implementation hardly possible," the envoy said.

Yelchenko reiterates the purpose of the Minsk agreements is reintegration of the temporarily occupied areas of Donetsk and Luhansk regions into the legal, political and economic space of Ukraine.

"Instead, the logic of the said decree is disintegration and consolidation of the total Russian control over the occupied territories. Aren't these clear signs of a creeping annexation? Importantly, distributing Russian passports in the occupied territories will make it hardly possible to conduct there legitimate local elections, in accordance with the Ukrainian legislation and relevant OSCE standards under the OSCE/ODIHR monitoring, as envisaged by the Minsk agreements," he added.