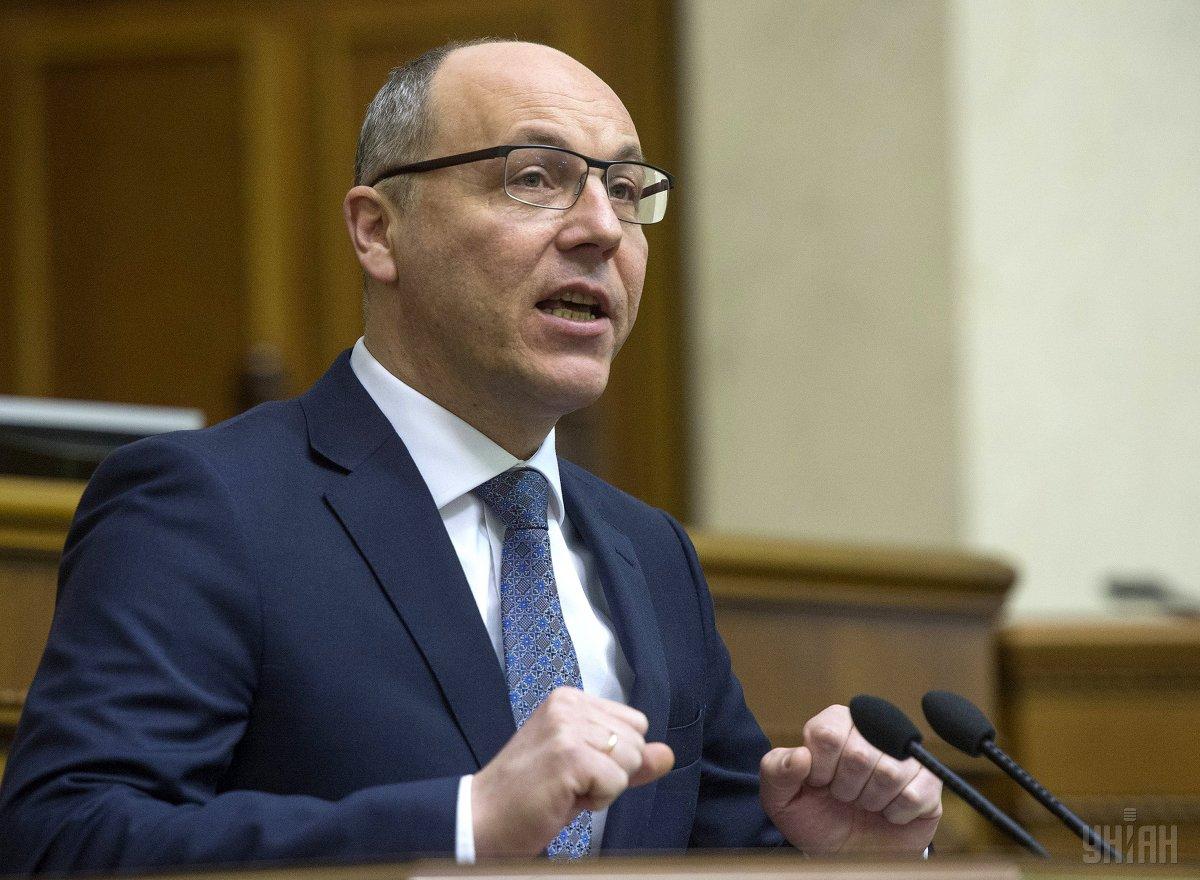 Verkhovna Rada Chairman Andrei Paruby said that deputies will consider draft resolutions blocking the signing of the language bill on Tuesday, May 14, according to an UNIAN correspondent.

Speaking at a parliament meeting on Friday, the speaker noted that four draft resolutions on cancellation of the decision on the adoption of the law on the functioning of the Ukrainian language as the state language have already been registered in the parliament.

According to him, in the case of at least minimal procedural violation, opponents of the law will appeal to the Constitutional Court.

According to the speaker, the deputies at a meeting on May 14 will reject draft resolutions blocking it.

By that time, Parubiy says, the Rada Office will have fully prepared the law for signing.

As UNIAN reported earlier, on April 25, the Verkhovna Rada adopted the law "On ensuring the functioning of the Ukrainian language as a state language."