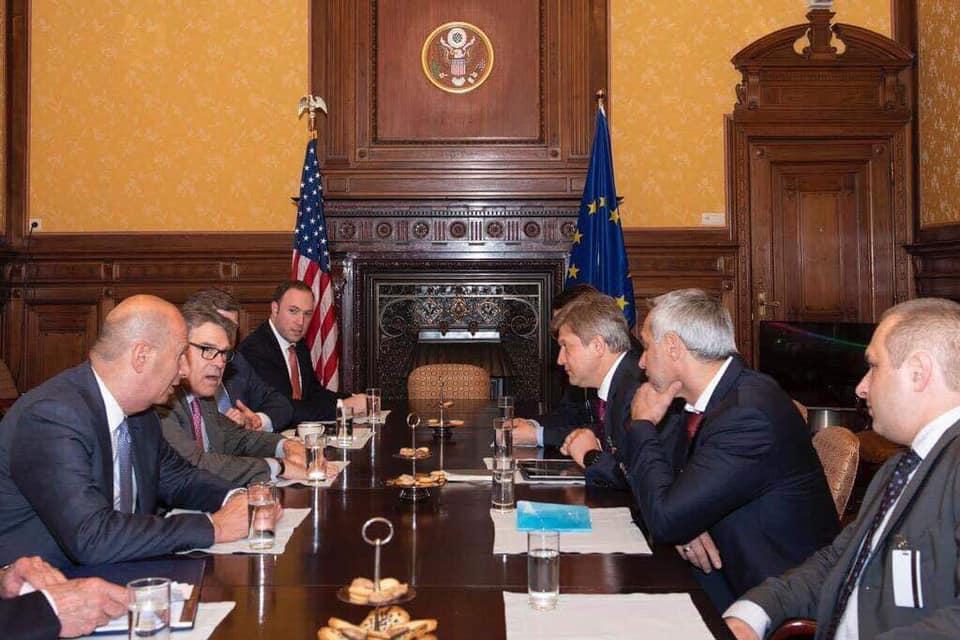 Former Ukrainian Finance Minister Oleksandr Danyliuk, who is now an adviser to Ukraine's President-elect Volodymyr Zelensky, and U.S. Secretary of Energy Rick Perry have met to discuss the strengthening of Ukraine's energy independence.

The meeting took place in Brussels on May 2 on the sidelines of the EU and U.S. High-Level Business-to-Business Energy Forum, Zelensky's press service said.

The parties discussed cooperation in the gas sector and nuclear energy.

"The role of the United States in diversifying energy supplies is important to Ukraine and Europe as a whole. This reduces political risks and lowers the cost of energy for consumers," Danyliuk said.

During the meeting, they also discussed investment in boosting natural gas production in Ukraine, possible ways of supplying American liquefied natural gas, as well as reforming the gas market in Ukraine, including NJSC Naftogaz of Ukraine.

In addition, the participants in the meeting highlighted cooperation in the field of nuclear energy, in particular, improving the reliability and efficiency of existing nuclear power units, as well as development and construction of small modular reactors.

If you see a spelling error on our site, select it and press Ctrl+Enter
Tags:UnitedForUkraineenergysecurityindependenceZelensky