The Ukrainian government is going to outlaw all Russian passports issued to Ukrainian citizens in Ukraine. 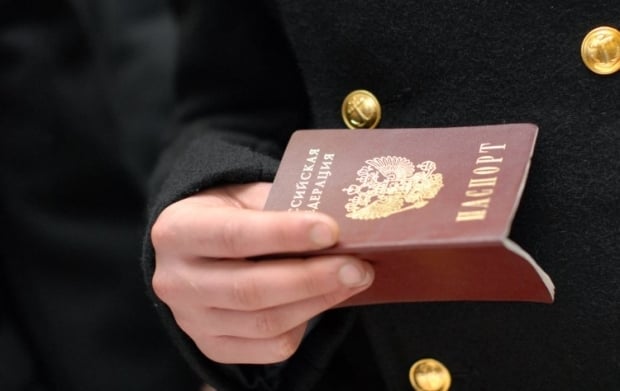 Ukrainian Prime Minister Volodymyr Groysman has said Ukraine will not recognize fake Russian passports issued to residents of the occupied Ukrainian territories, namely Luhansk and Donetsk regions, and calls on the international community not to recognize these documents as well.

"Another step recently made by Russia is the issuance of fake passports to Ukrainian citizens. We understand this is a violation of all norms. We will never recognize the citizenship granted by the aggressor country. We have our Ukrainian passport which we are proud of and which is a symbol of freedom and democracy," Groysman said at a government meeting on Wednesday, according to the Government portal.

"We're passing a decision to designate all passports issued [by the Russian Federation] to Ukrainian citizens in our territory as violation of law. These passports will be considered illegal – when used for crossing the state border and used in the territory of the state. This will be our response to Russia's hybrid action. And we will urge all the partner countries to take the same decision to make such fake passports null and void on the borders of other countries," the prime minister said.

He emphasized such a measure had been formalized in the government's decision, aiming to draw international attention to Russia's repeated violations of international law as part of its "hybrid war against Ukraine and the entire civilized world."

If you see a spelling error on our site, select it and press Ctrl+Enter
Tags:RussiaDonbasUkrainepassportsGroysmannonrecognition