Chaliy: US military aid to lead to de-escalation of conflict in Donbas 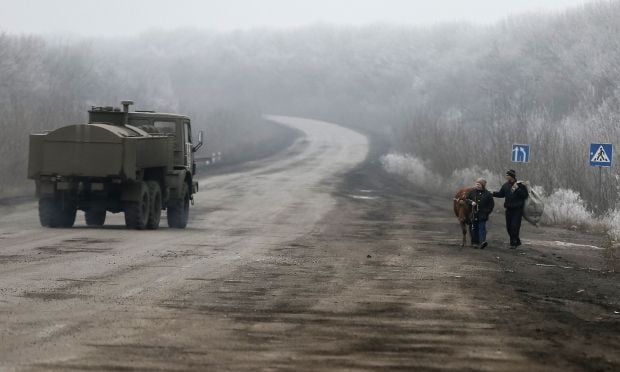 "I believe that this decision, along with the decisions of support of other countries, including on military-technical cooperation, would lead to peace today, not to war," Chaliy said.

"It is primarily a question of supplying non-lethal weapons that will help to strengthen the protection of the sovereignty and territorial integrity of our state," he said.

"We're talking about defense capabilities. Ukraine is not attacking anyone. We are the target of aggression from a neighboring country," he said.

"It is important that the United States shows solidarity with Ukraine. On Wednesday, Ukrainian President Petro Poroshenko thanked the representative delegation of the U.S. Congress and the U.S. administration for their support," he added.

According to Chaliy, with the U.S. assistance Ukraine will receive 230 units of special automotive equipment, counterbattery and counter mortar radars, night vision devices, drones, communications equipment, and first aid equipment that will protect Ukrainian soldiers on their positions.

Chaliy also pointed out that the United States is not the only country that is providing assistance to Ukraine. The assistance comes from EU countries, from all over the world, and in various forms.

"Today the whole world is with us and supports us in various ways. The weighty part is the provision of economic support. In particular, that is the decision on the allocation of macro-financial assistance from the IMF," he said.

"Despite the ceasefire in the Donbas, which is not adhered by the militants, Ukraine is fulfilling its obligations under the Minsk agreements and wants to establish peace. However, we should be ready to defend ourselves," Chaliy said.