The Ukrainian armed forces will receive remuneration worth UAH 13 million for the destruction of militant equipment and the successful performance of combat missions, the press service of the Ministry of Defense reported on Thursday. 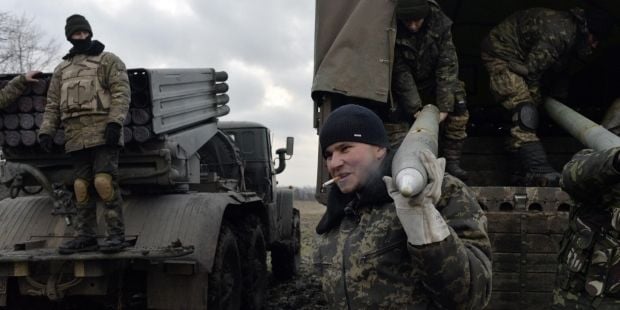 The first such remuneration of UAH 85,200 has already been paid to soldiers of the 128th brigade for the destroyed two armored vehicles.

As of March 11, 2015 the Ministry of Defense issued several orders for the payment of remuneration in the amount of nearly UAH 500,000 million.

In particular, Ukrainian soldiers of the integrated units of the 30th and 128th brigades of the Ukrainian armed forces will in the near future receive rewards for the successful performance of combat missions.

In addition, a total of 45 soldiers of the 55th brigade will receive a reward for direct participation in military actions.

The General Staff has already received documents for the payment of rewards for the destruction of 210 units of militant equipment and for almost a hundred of successfully completed combat missions. By the end of March all the documents will be processed, and after receiving confirmation, the General Staff will issue an order for the payment of the appropriate remuneration.