It is yet to be signed into law by President Poroshenko. 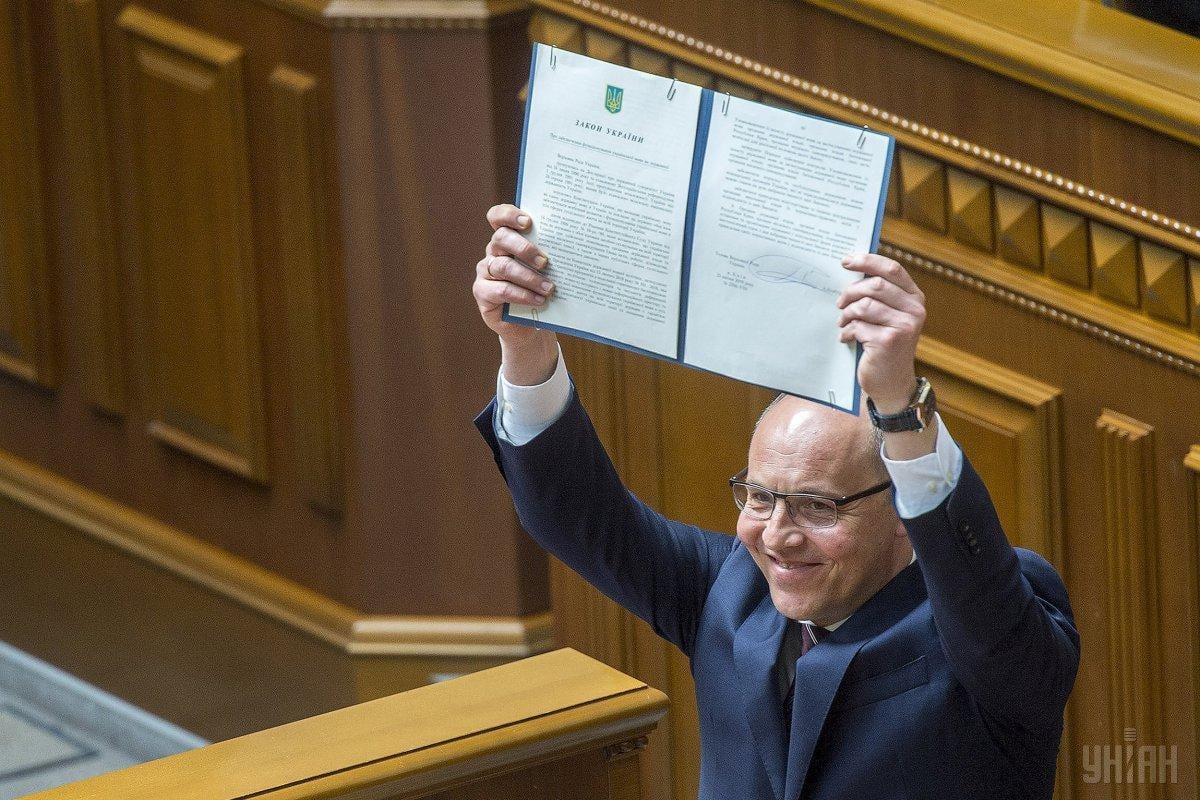 Chairman of the Verkhovna Rada Andriy Parubiy has signed draft law No. 5670-d on ensuring the functioning of the Ukrainian language as the national language.

"It will be signed by the president of Ukraine in the coming hours or days," Parubiy said, according to an UNIAN correspondent.

The signing took place after the lawmakers rejected all four draft resolutions proposing that the parliament's decision to adopt the draft law be repealed.

The authors of these resolutions asserted violations of Parliament Regulations during the consideration of the bill.

If you see a spelling error on our site, select it and press Ctrl+Enter
Tags:PoroshenkoRadaParubiyParliamentlanguagelaw