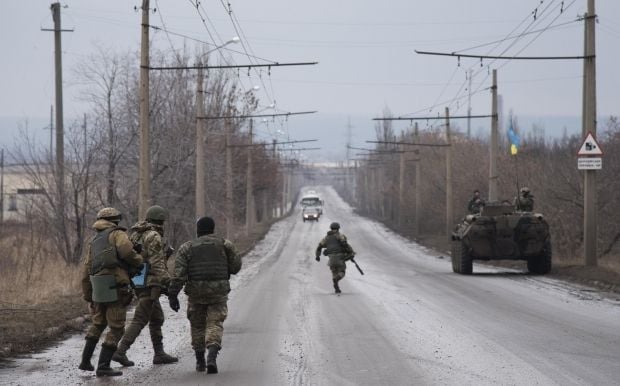 Ukraine's National Security and Defense Council (NSDC) has supported a decision to draw the line of demarcation of certain districts where the special local government procedure will be introduced under the law of Ukraine on local government in certain districts in Donetsk and Lugansk regions along with the demarcation line sealed in the Minsk agreements dated September 19, 2014.

First Deputy Secretary of the National Security and Defense Council Mykhailo Koval announced this at a briefing after a council meeting on Thursday, an UNIAN correspondent reported.

The decision will be enacted by parliament through a separate bill on amendments to the abovementioned law, he said.

Yet, he said, "the special procedure of local government will not be introduced in territories that were captured by militants after the signing of the Minsk agreements of September 19, 2014, and in all Ukrainian-controlled localities along the demarcation line."