Ukraine's parliament not to support any of resolutions on Zelensky inauguration date, Vice Speaker suggests

In this case, the parliament chairman will determine the date according to a resolution which will gain most votes. 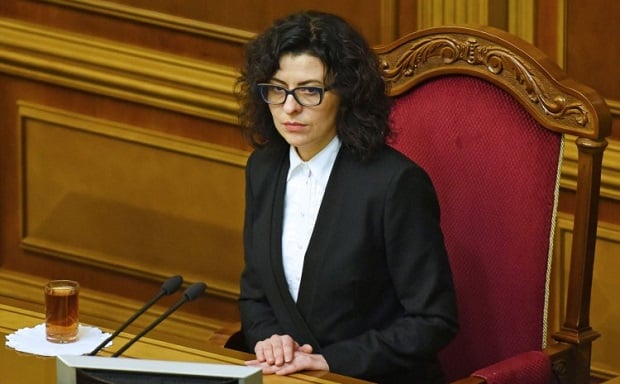 Deputy Chair of the Verkhovna Rada Oksana Syroid has said the Ukrainian parliament will not support any of the resolutions submitted by different deputies on the inauguration date to have President-elect Volodymyr Zelensky sworn in.

Speaking at an investment conference organized by Concorde Capital in Kyiv, she recalled the vote on the issue should take place on May 16.

"I think none of the resolutions will gain enough votes," Syroid said.

According to her, in this case, the head of parliament will determine the date of inauguration by the resolution, which received the most votes.

As of today, eight draft resolutions had been registered in parliament with different dates for the newly elected president's swearing-in ceremony. One of them was withdrawn. They propose different dates, namely May 17, May 19, May 20, May 26, and May 28.

If you see a spelling error on our site, select it and press Ctrl+Enter
Tags:RadaParliamentZelenskyinauguration