The law on the Ukrainian language was enacted by the president on May 15, 2019. 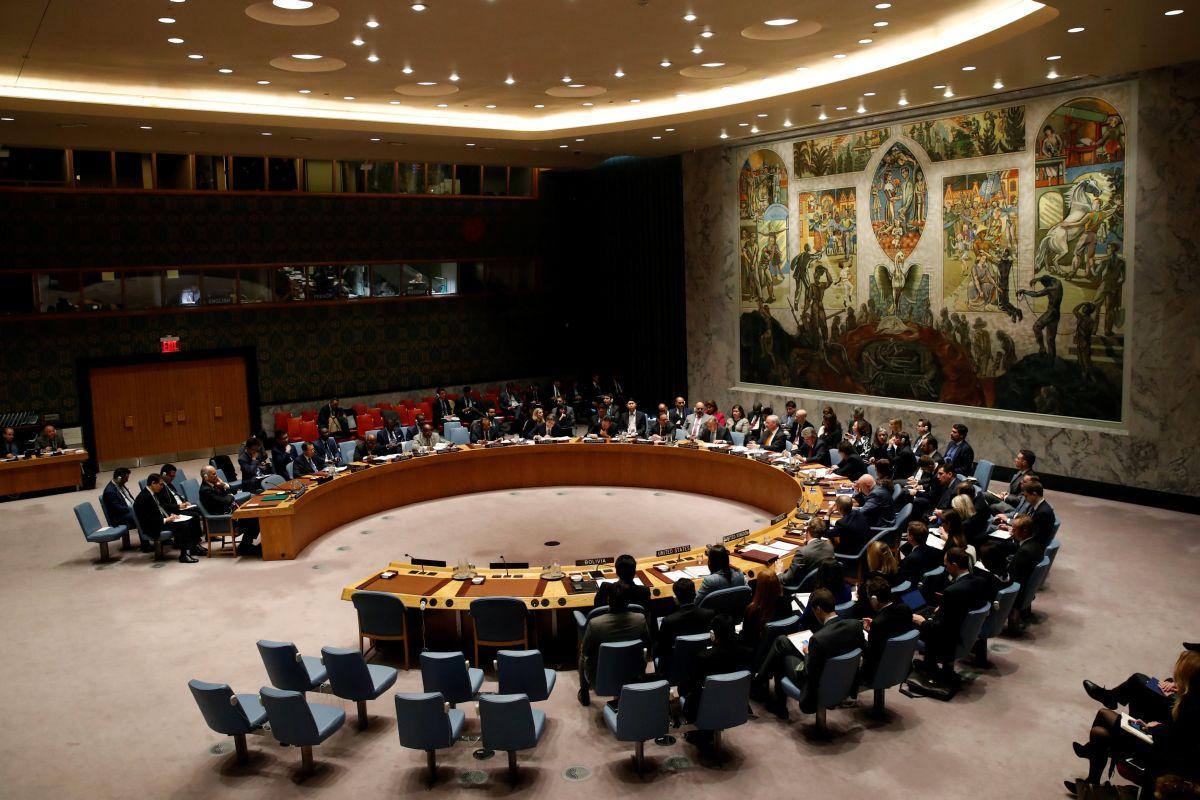 The Russian Federation has asked the President of the UN Security Council to convene a meeting over the adoption by Ukraine's parliament of the law on the Ukrainian language.

"Another act of absurdity. It has become known today that the delegation of the Russian Federation appealed to the President of the UN Security Council with a request to convene a meeting in connection with the adoption by the Verkhovna Rada of Ukraine of the law on ensuring the functioning of the Ukrainian language as the national language. The meeting may take place on Monday [May 20]," spokesperson for the Permanent Mission of Ukraine to the United Nations Oleg Nikolenko said on Facebook on May 17.

Nikolenko noted that the functioning of the Ukrainian language in Ukraine in no way threatens international peace and security.

"There is no point in commenting on this absurd request, which has surprised not only Ukraine. The functioning of the Ukrainian language in Ukraine in no way threatens international peace and security addressed by the UN Security Council," Nikolenko said.

One can see Russia's unremitting attempts to marginalize the world's key security platform, "to turn it into an evening show used to be aired on Russia's major propaganda channel," he said.

The decision on the date and time of the meeting should be approved by the president. In May, it is the head of Indonesia's delegation.

As UNIAN reported earlier, outgoing President Petro Poroshenko on May 15, 2019, enacted the law on the Ukrainian language, which passed with a 278-38 majority. It requires all Ukrainian citizens to know the state language and that it be used while performing official duties. Those subject to the latter requirement will include politicians, judges, doctors, employees of the national bank and state-owned companies, officers in the military, teachers and others.

The law stipulates that the government shall organize Ukrainian language courses for adults and provide an opportunity for citizens of Ukraine to learn the national language free of charge if they had no such opportunity. According to the law, a person seeking Ukrainian citizenship is obliged to pass a Ukrainian language test. However, individuals who perform military service in the Armed Forces of Ukraine and are given a state award and those whose citizenship of Ukraine is of state interest for the country have the right to acquire Ukrainian citizenship without taking the language test, but remain obliged to master it within one year from the date they were granted Ukraine's citizenship.

There are exemptions for private communications and religious ceremonies.