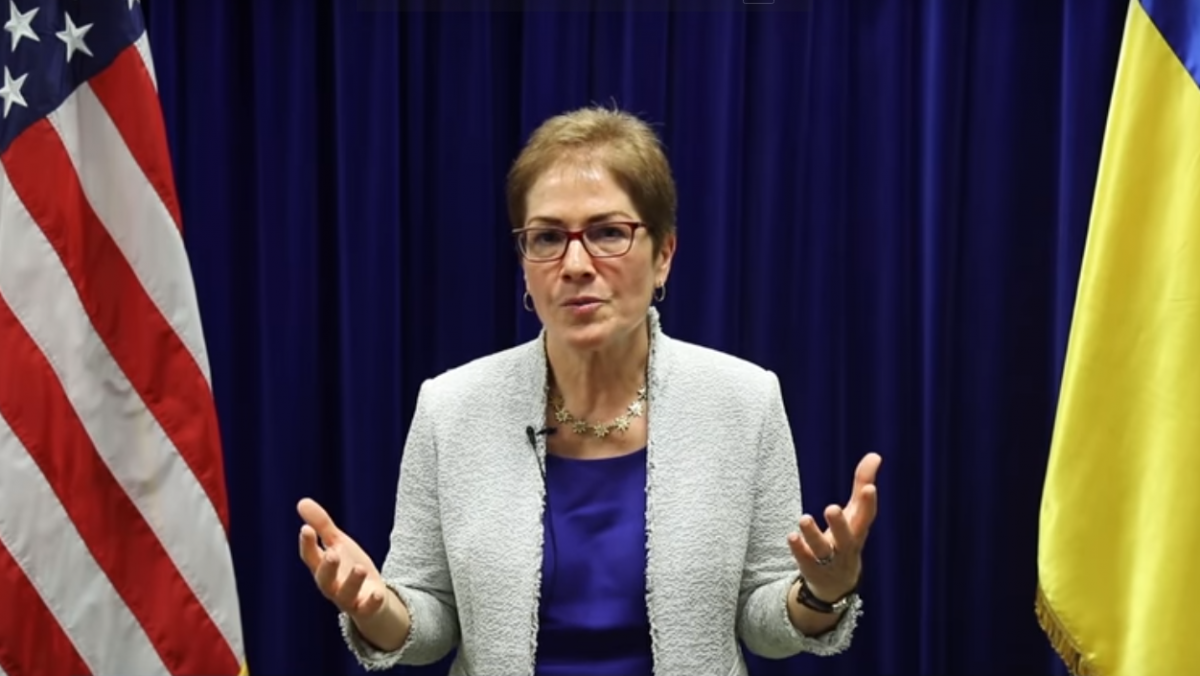 Outgoing U.S. Ambassador to Ukraine Marie Yovanovitch, who is concluding her diplomatic assignment in Kyiv on May 20, has hailed the progress Ukraine has made in the past few years and summed up her work.

"There has been so much progress since the last three years, since the last five years and the Revolution of Dignity here, in Ukraine. I look at all of the things that have been accomplished, for example, stabilization of the economy, sticking with the IMF [International Monetary Fund] program – it's been difficult but it means that the fundamentals are sound here, in Ukraine, or getting to be sounder, and there's been pension reform, there's been education reform, there's been health care reform. None of these are complete, and it's going to be many years before it's fully implemented," she said in a video address posted on the U.S. Embassy's YouTube channel.

"Ukraine is on its way to its European future. And I think that is hugely important. I see progress in the fight against corruption. Again, it's not done but there has been progress including this year the establishment of the Anti-Corruption Court. That's really, really important for Ukraine and Ukraine's future," she said.

Yovanovitch noted that the results of the recent presidential election have clearly shown that Ukrainians wanted not just some changes, but they wanted a transformation in this country.

"The Ukrainian people have said clearly that they want the fight against corruption to be successful and to be complete, to be transformative in terms of how Ukraine is governed, in terms of Ukrainian leaders' daily lives, in terms of how business is conducted," she said.

"And I will tell you that making that kind of transformative change is not only good for Ukraine, it is going to be great for the bilateral relationship, for Ukraine's relationship with other countries and certainly with regard to business and investment.

Joseph Pennington is now Acting Deputy Chief of the U.S. Mission in Ukraine. Two candidates are being considered for the post of the U.S. ambassador to Ukraine.

If you see a spelling error on our site, select it and press Ctrl+Enter
Tags:USAreformambassadorYovanovitchprogress