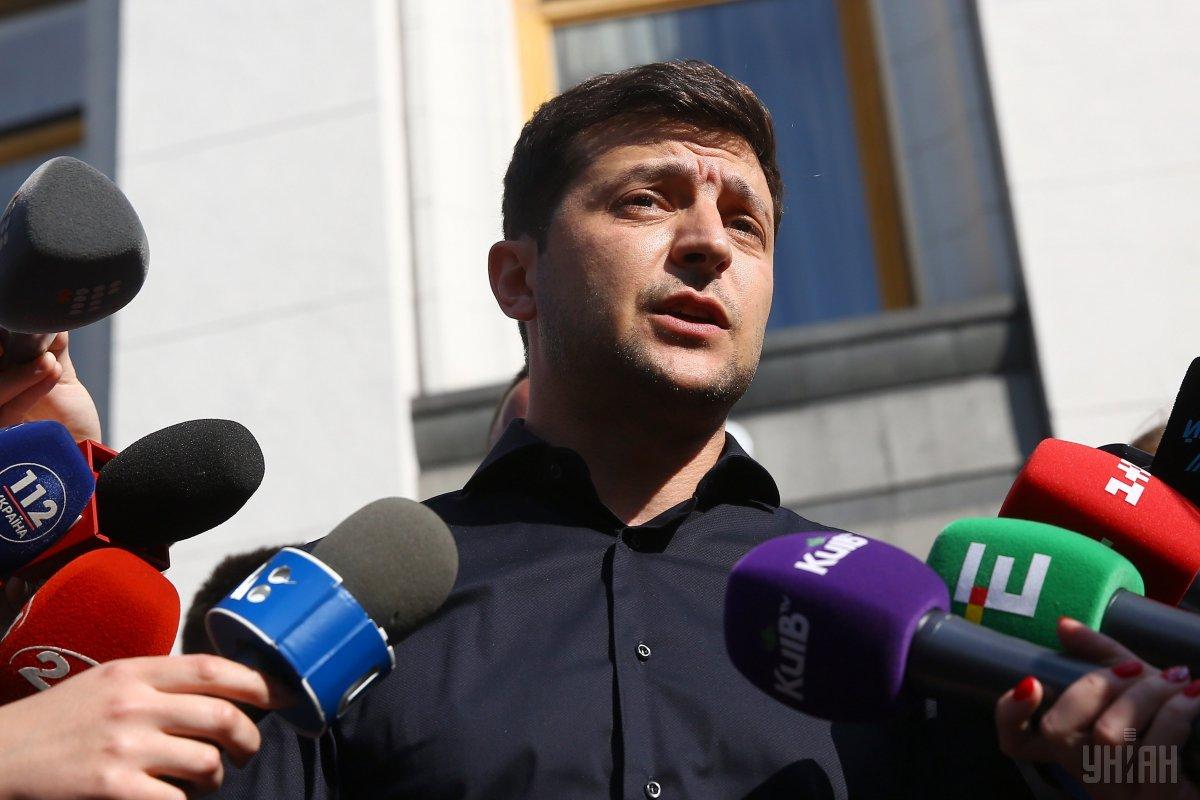 Ukrainian President Volodymyr Zelensky has taken command of the Armed Forces of Ukraine.

The official event took place in Kyiv's Mariinsky Park on Monday, May 20.

Read alsoZelensky sees Donbas truce as his No. 1 task

The Ukrainian military swore allegiance to the new president of Ukraine as supreme commander.

When speaking in his inaugural address earlier that day, he said: "There can be no strong army where the authorities do not respect those who lay down their life for the country every day. I will do everything to make you feel esteemed. This is worthy, and most importantly – stable financial support, your living conditions, guaranteed holiday after the fulfillment of combat missions, leisure for you and your families. We must not talk about NATO standards, but to create these standards.

If you see a spelling error on our site, select it and press Ctrl+Enter
Tags:UkrainepresidentcommandarmedforcesZelensky