Chechen commander of Ukrainian battalion dissociates himself from Nemtsov murder

Adam Osmayev, English-educated Chechen commander of the Ukrainian volunteer battalion named after Dzhokhar Dudayev, claims he has nothing to do with the murder of Russian opposition leader Boris Nemtsov. 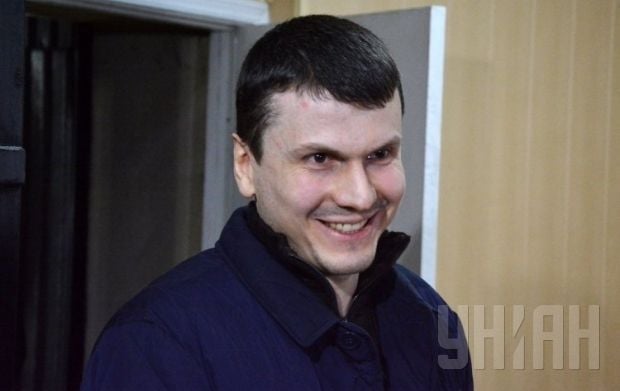 Osmayev dissociates himself from Nemtsov murder / Photo from UNIAN

"I think this is complete nonsense, which isn't even worth commenting," Osmayev said. "I have nothing to do with that, of course. I don't know Zaur Dadayev, [I] have never talked over phone [with him] – I have nothing to talk about with such a category of people at all. In fact, they cannot even talk normally, using only a few words: 'Stechkin' [automatic pistol] and so on. They've betrayed their own people, and traitors are treated the same way everywhere," Russia's TV RAIN quoted Osmayev as saying.

According to him, his attitude to Nemtsov was "very good" and news about the politician's murder was "painful" to learn.

Russian tabloid newspaper Komsomolskaya Pravda's source at the Russian FSB said that direct executor of Nemtsov's murder Zaur Dadayev was in close contact with Osmayev. "Zaur Dadayev was listed in the Chechen Interior Ministry's Sever (North) battalion, but when serving there, he in fact was working against Russia. He was linked with Osmayev through certain relations and mutual commitments," the source explained.

Osmayev was arrested in Odesa in February 2012 for an alleged Vladimir Putin murder plot. Only intervention from the European Court for Human Rights stalled his extradition to Russia, and he remained in pre-trial detention. In November 2014 he was released after nearly three years' imprisonment. It became known a week after that he had joined the Ukrainian volunteer battalion named after Dzhokhar Dudayev, Chechnya's leader during de-facto independence in the early 1990s.

Osmayev earlier told The Irish Times he was also wrongly accused in 2007 of plotting to kill Kremlin-backed Chechen leader Ramzan Kadyrov, who had clashed with Osmayev’s father and sacked him from a top job in the region's oil business.