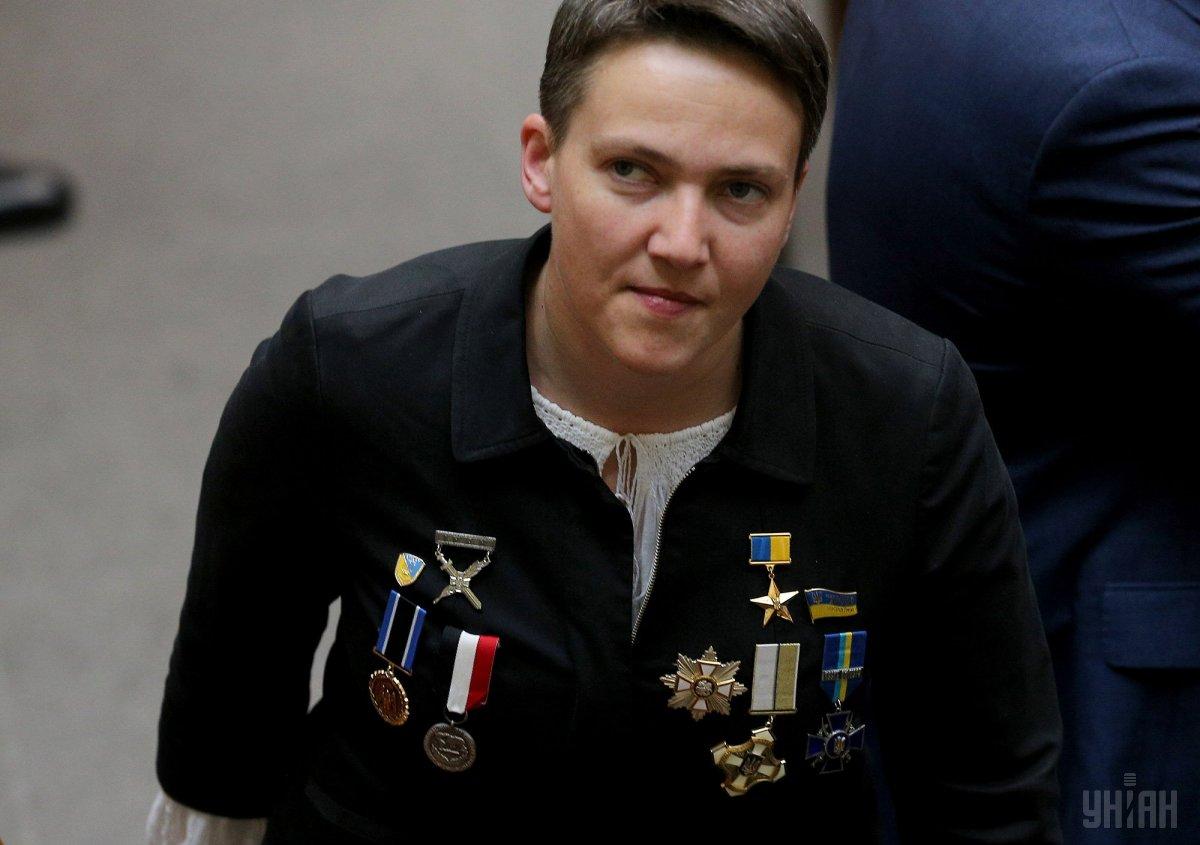 Non-factional MP Nadiia Savchenko has come to the inauguration of Ukrainian President Volodymyr Zelensky in a jacket with various state orders.

Following the event, Savchenko left the Verkhovna Rada and told journalists the inauguration was "the performance of Kvartal-95 [comedy show]," but she supported the decisions announced by Zelensky. 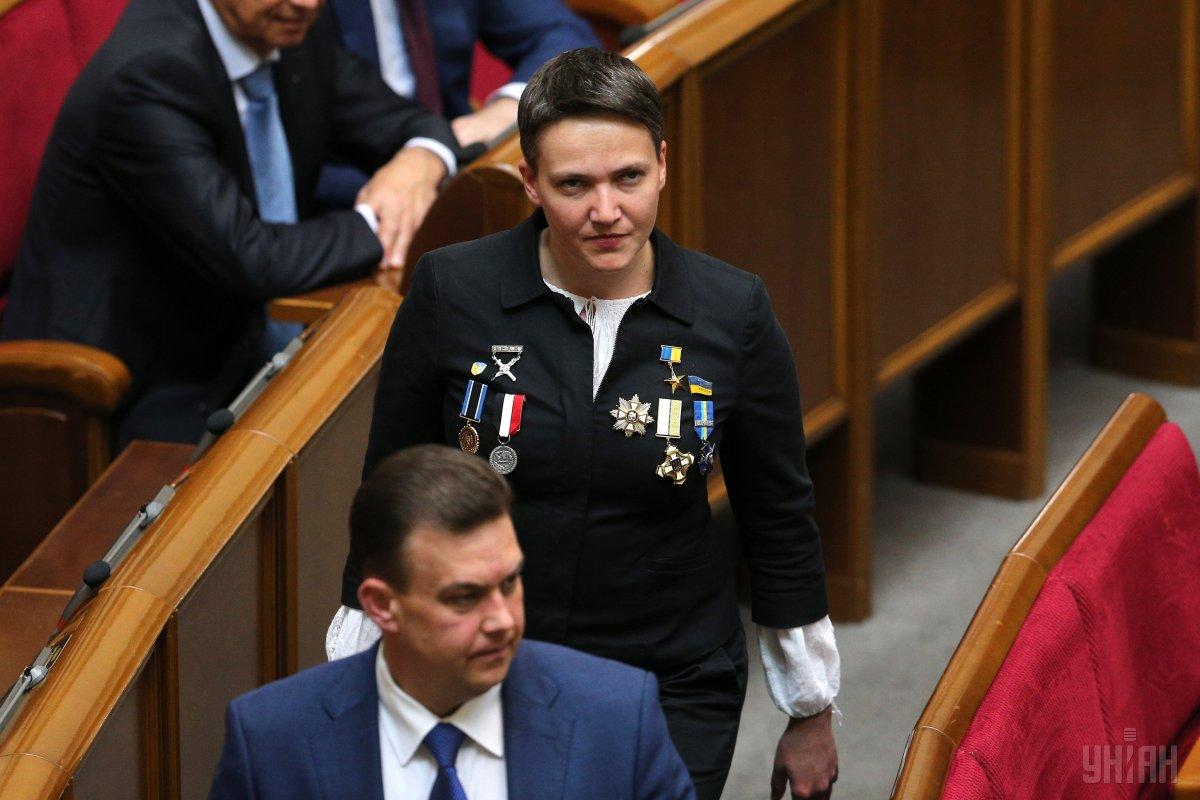 In a comment to Radio Liberty, Savchenko said she would run for parliamentary elections with her political party.

"I hope we will draw out the prisoners," she replied to a question of what she sees as the goal of her parliamentary activities. 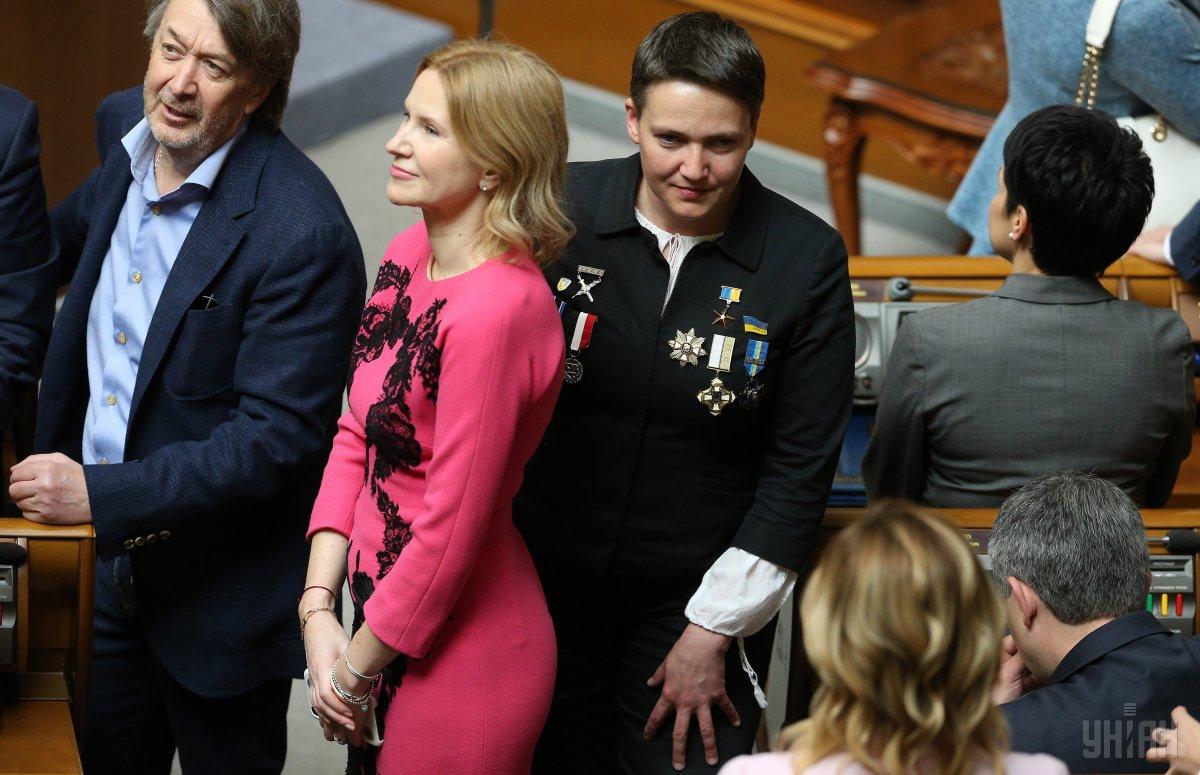