The president has emphasized the importance of further integrated development of the Ukrainian-American strategic partnership. 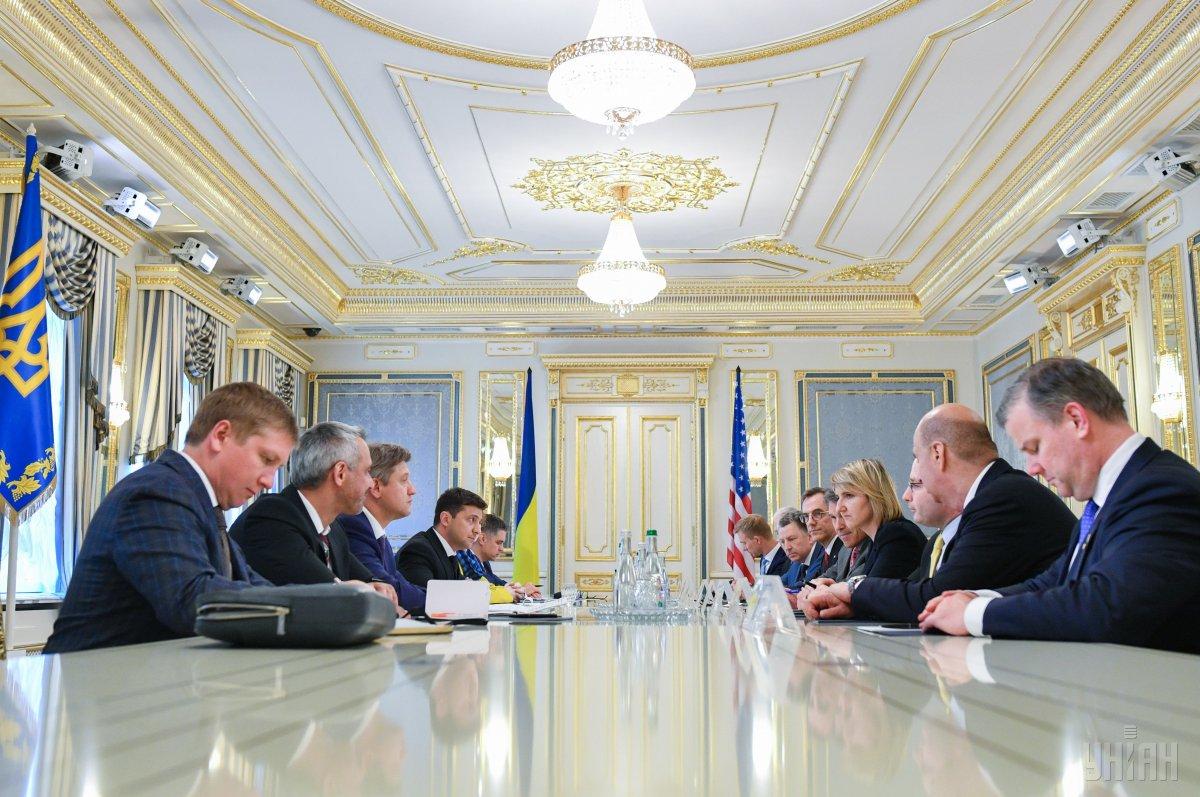 Ukrainian President Volodymyr Zelensky has discussed the country's reforms and counteraction to Russia's aggression with representatives of the United States who arrived in Kyiv to take part in the official ceremony of Zelensky's inauguration.

"The United States is a powerful and serious partner for Ukraine, first of all, in overcoming Russia's aggression. We will not be able to overcome the Russian aggression in Donbas and Crimea alone. Therefore, we need your help. I would like to urge you that the United States keeps increasing sanctions against the Russian Federation," the presidential press service quoted Zelensky as saying on May 20.

The president thanked the American side for its leadership in restoring Ukraine's sovereignty and territorial integrity and for the assistance in security and promotion of the internal reforms.

Zelensky added that he was ready to implement transparent, open and democratic reforms in Ukraine.

"We have a very good example of your country. Reforming Ukraine as a whole, in all areas, will be held simultaneously rather than after the ceasefire in Donbas. Because we need it. We are willing to become a European country in terms of values and transparency," he said.

Zelensky also thanked U.S. President Donald Trump for his greetings and expressed the hope of meeting with him soon.

The head of state also emphasized the importance of further integrated development of the Ukrainian-American strategic partnership, primarily through the implementation of mutually beneficial energy cooperation programs and deepening of cooperation in the field of security.

The American side was presented by a delegation headed by U.S. Secretary of Energy Rick Perry, U.S. Special Representative for Ukraine Kurt Volker, and U.S. Senator Ron Johnson

If you see a spelling error on our site, select it and press Ctrl+Enter
Tags:RussiaTrumpKurtVolkersovereigntydelegationZelenskyinauguration