Zelensky also stressed the importance of increasing sanctions against Russia. 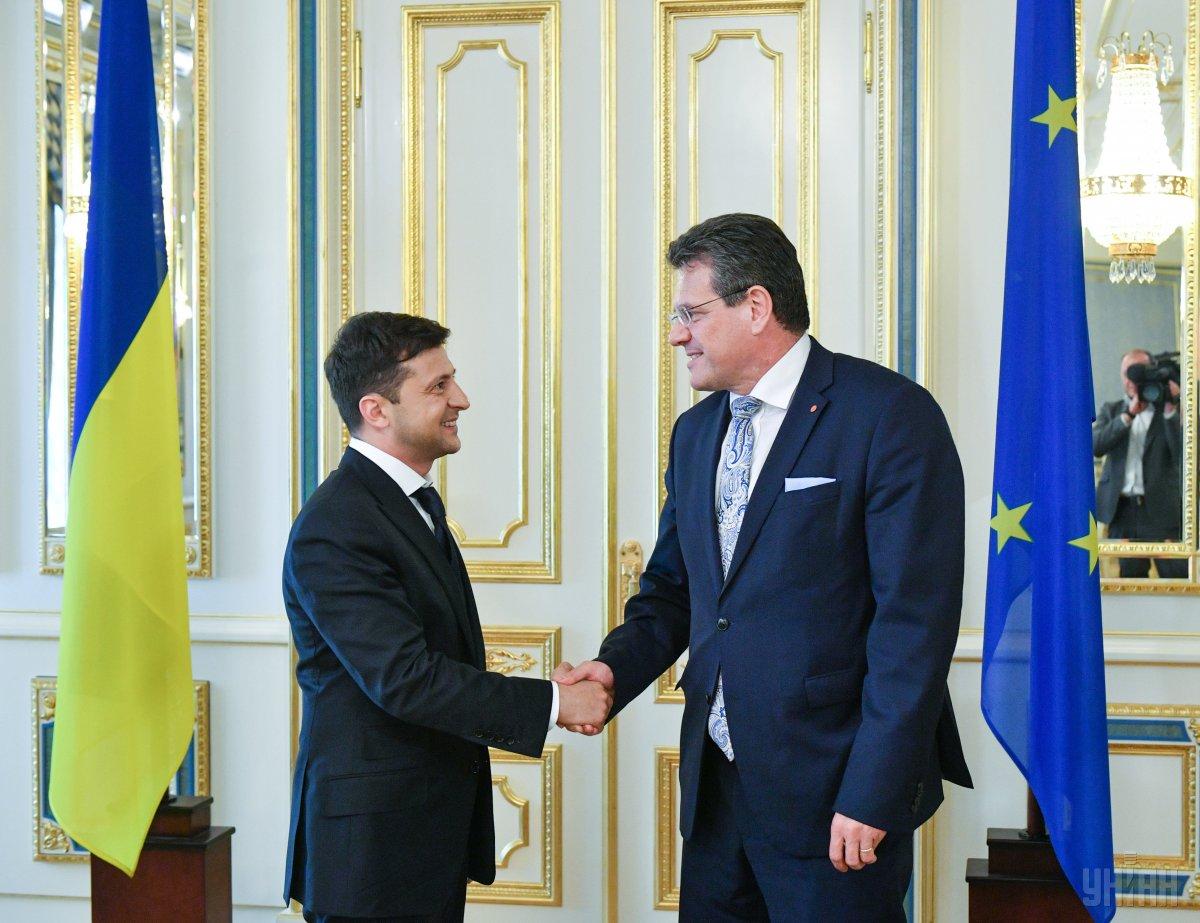 Ukrainian President Volodymyr Zelensky had a meeting with Vice-President of the European Commission for Energy Union Maroš Šefčovič, during which the parties discussed a wide range of issues of cooperation between Ukraine and the European Union.

They also discussed counteraction to the Kremlin's aggression in Donbas, prospects of de-occupation of Crimea and holding of the next round of tripartite negotiations in the Ukraine-EU-Russia format on preparations to the conclusion of the gas contract, according to the president's official website.

"As President of Ukraine, I count on the further support of the European Commission in the framework of the process of negotiations between Ukraine, EU and Russia with a view to concluding a contract for the transit of Russian natural gas through Ukraine's gas pipelines after 2019. We will also be grateful for the solidarity of the EU with regard to the counteraction to the construction of the Nord Stream 2 pipeline," Zelensky said.

The president said he would like to see Ukraine as a true and, most importantly, valuable and equal country among other countries of the European Union.

He stressed that Ukraine faced several challenges, first of all, the end of war in Donbas.

Zelensky also stressed the importance of increasing sanctions against the aggressor country – Russia.

"Increasing sanctions against the Russian Federation for the aggression is our truly great hope. I am hopeful that the pressure of sanctions on the part of the EU will be continued. It is very important for us – not on paper. This is vital for Ukraine and the people we lose in Donbas," Zelensky said.

In turn, the Vice-President of the European Commission for Energy Union congratulated Zelensky on winning the presidential elections and assuming office.

He also noted that the EU highly appreciated the continuation of the European policy of Ukraine. In addition, Šefčovič wished the president of Ukraine success in the work.