Zelensky is hopeful that Budapest would resume support for the European and Euro-Atlantic integration of Ukraine. 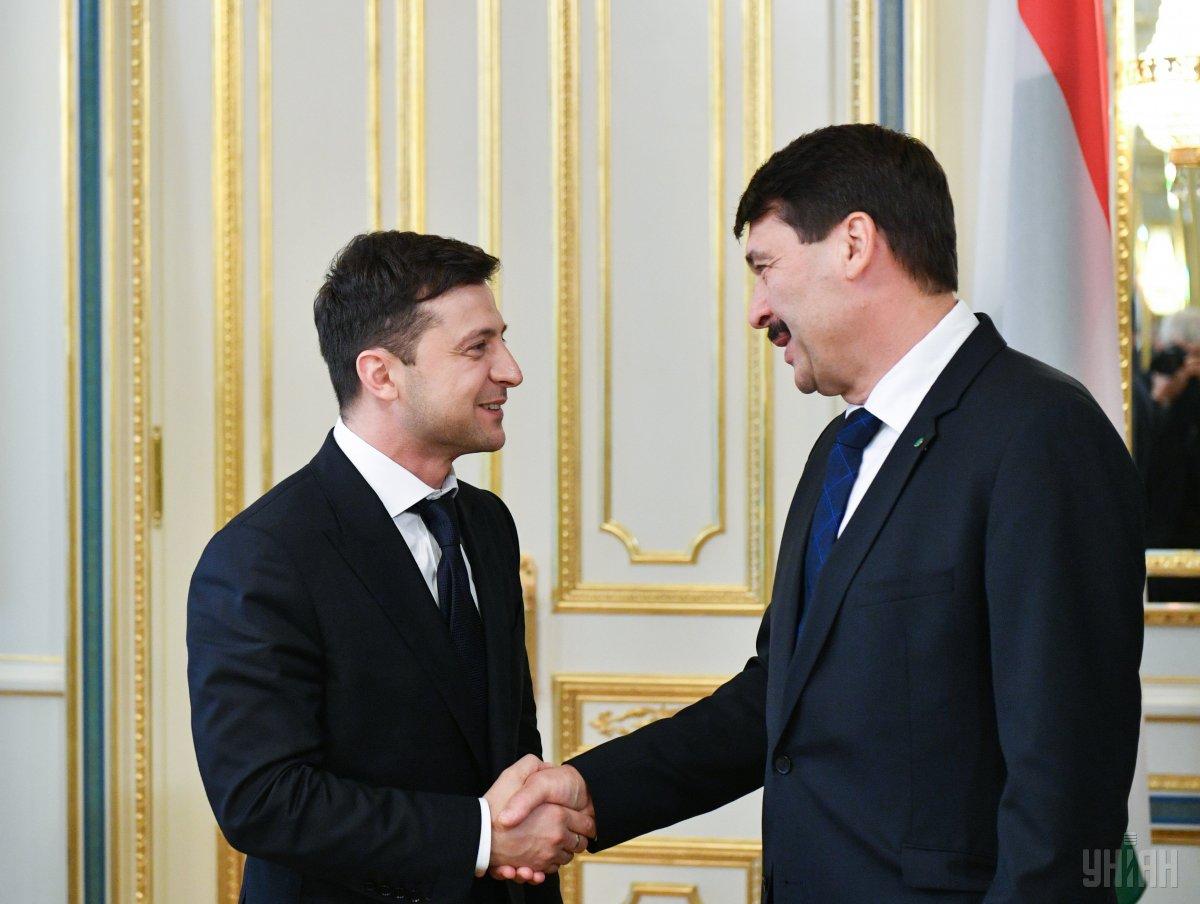 Ukrainian President Volodymyr Zelensky and President of Hungary János Áder have discussed cooperation of two countries in the continuation of the international pressure on Russia.

During the meeting, Zelensky stressed that Russian aggression in the east and Russia's occupation of Crimea required the continuation of the international pressure on the Russian Federation, according to the president's press service.

Zelensky also said Hungary had been one of the first countries in the world to recognize the independence of Ukraine.

Zelensky is hopeful that Budapest would resume support for the European and Euro-Atlantic integration of Ukraine.

The president of Ukraine emphasized the importance of practical steps in the economy, infrastructure development, social sphere, border cooperation, which would help bring Ukraine closer to Hungary and show a mutually beneficial result of interaction.

In addition, Zelensky thanked Áder for congratulations on winning the elections and assuming office.

If you see a spelling error on our site, select it and press Ctrl+Enter
Tags:RussiaUkraineHungarycooperationpresidentpressureZelensky