Russian President Vladimir Putin has again admitted that he wasn't telling the truth to the world and his nation when he announced that the Ukrainian military units in Crimea had been blocked by local 'self-defense' forces, who bought arms, military uniform and hardware at a post exchange. 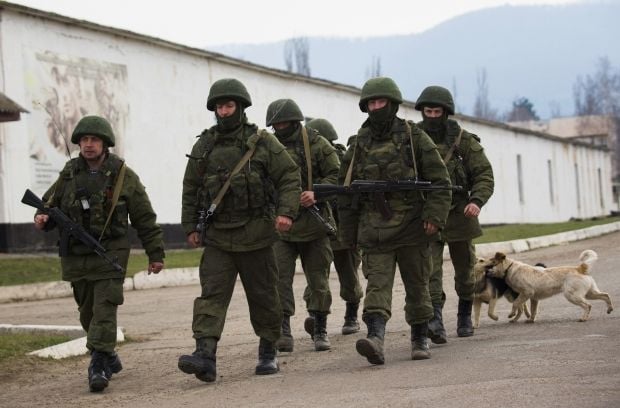 Comments made by President Putin in a new documentary about Crimea confirmed that the troops subordinate to the main intelligence directorate of the Russian General Staff had been sent to Crimea to disarm the Ukrainian military, Russian News Agency TASS reported.

Putin also confessed that he had personally orchestrated the annexation of the Black Sea peninsula – an order which the opposition argues, opens the way for a war crimes tribunal for military aggression. That's according to Ilya Yashin, a key Russian opposition figurehead and ally of murdered Kremlin critic Boris Nemtsov.

In the documentary called 'Crimea. Homeward Bound,' Putin attempted to claim that the terms of the Black Sea fleet's lease in Sevastopol allowed for around 20,000 Russian troops to be deployed to the peninsula. However, there are likely to be suggestions that the terms of the lease are unlikely to cover the seizure of airports, government infrastructure and media outlets, as well as the blockade of Ukrainian army bases. Putin also declared that Russia's nuclear forces were fully operational, in case of any 'unfavorable' developments.

The Kremlin initially denied any link to the armed men who appeared in camouflage and without insignia, after they began to flood the peninsula in late February 2014. Following an illegal vote on seceding from Ukraine, Putin confessed that Russian Special Forces had indeed been deployed.

Yet, Russia continues to deny regular Russian troops are fighting in eastern Ukraine.