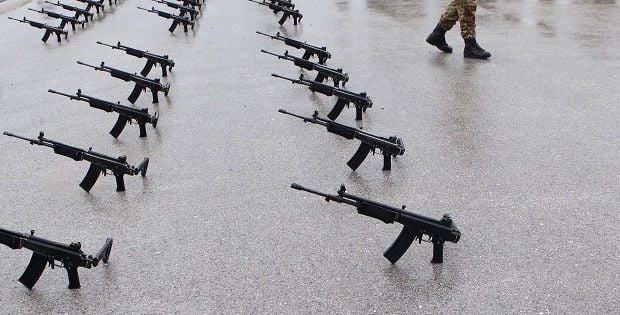 The report gives data on the arms sales industry in the world from 2009 to 2014.

"The world's two largest arms exporters are the United States (31% of global export) and Russia (27%), followed by China, Germany, France, the UK, Spain, Italy, Ukraine and Israel," the report reads.

Over the last five years, exports of Ukrainian arms amounted to 3% of global sales (in 2005-2009, the number was 2%). According to the report, Ukraine is the third largest supplier of arms to China - in 2009-2014 it exported military aircraft engines. In addition, in 2014 Ukraine supplied armored vehicles in Cameroon and Nigeria.

SIPRI also notes the concern of a number of countries over the strengthening of the army in the Russian Federation, which has resulted in purchases of weapons to increase the defense of states threatened by Russian rearmament.

In 2014, Poland imported tanks from Germany, cruise missiles from the United States and self-propelled guns from South Korea. Estonia purchased old armored vehicles from the Netherlands, and Latvia bought some from the UK.

SIPRI says it is now preparing five-year reports that it says will better describe the trends in the global arms market.

The Stockholm International Peace Research Institute is an independent international institute for research into problems of peace and conflict, especially those of arms control and disarmament.