Yatseniuk says army should be put on full combat alert

Ukrainian Prime Minister Arseniy Yatseniuk said on Monday that the Russian-backed militants in the Donbas are not going to back down, and that Ukraine should put its forces in full combat readiness in response. 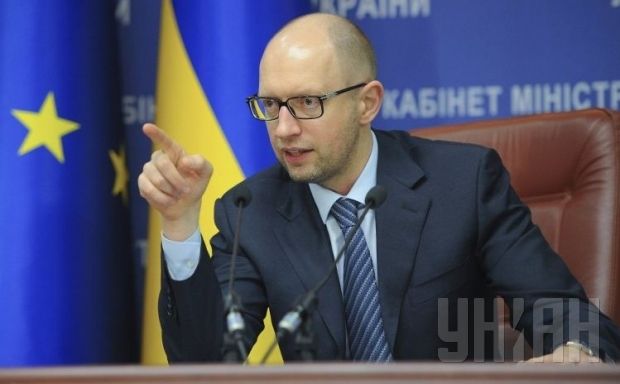 Yatseniuk was speaking during a meeting of the Government Commission for Emergency Situations.

"The situation is difficult. The Russian terrorists and Russia are not going retreat at this stage, and it requires from all of us responsibility and discipline," Yatseniuk said.

The prime minister has also said reports should be submitted to the government on officials responsible for failing to fulfil the tasks related to the civil protection of citizens, and on strengthening of measures to fight against the terrorist threat.