U.S. envoy briefs Trump Administration on his visit to Ukraine

Volker says there is a window of opportunity to advance bilateral interests. 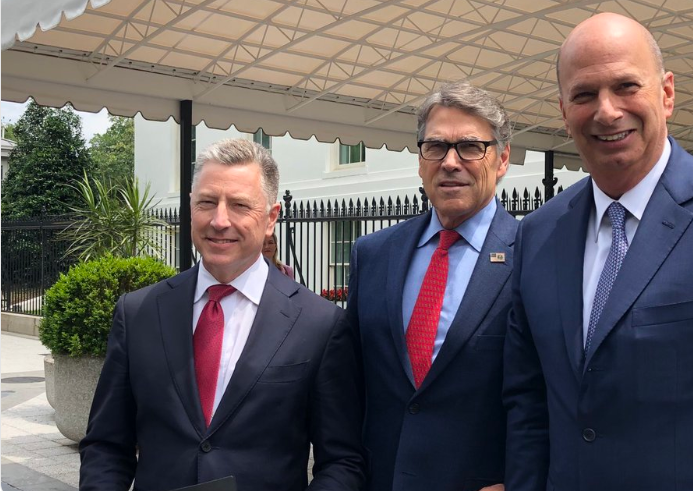 A U.S. delegation for Zelensky's inauguration was led by Secretary Perry / Photo from @SpecRepUkraine

"Sec[retary] Perry, Amb[assador] Sondland, Senator Johnson, & I briefed @WhiteHouse on impressions from our trip to Ukraine for Pres[sident] Zelensky's inauguration. There is a window of opportunity to advance shared U.S.-Ukrainian interests," Volker said on Twitter on May 23.

As UNIAN reported, a U.S. delegation for Zelensky's inauguration in Kyiv was led by U.S. Secretary of Energy Rick Perry. The delegation also included U.S. Ambassador to the EU Gordon Sondland, Director for European Affairs at the U.S. National Security Council Alexander Vindman, and Acting Deputy Chief of the U.S. Mission in Ukraine Joseph Pennington.

After the official event on May 20, the U.S. delegates met with Zelensky and his administration.

If you see a spelling error on our site, select it and press Ctrl+Enter
Tags:USATrumpWhiteHouseKurtVolkerPresidentZelensky