Zelensky's envoy to parliament: Cabinet to continue work if Rada fails to vote for its resignation May 30

Stefanchuk reiterated the president has no authority to dismiss the current government. 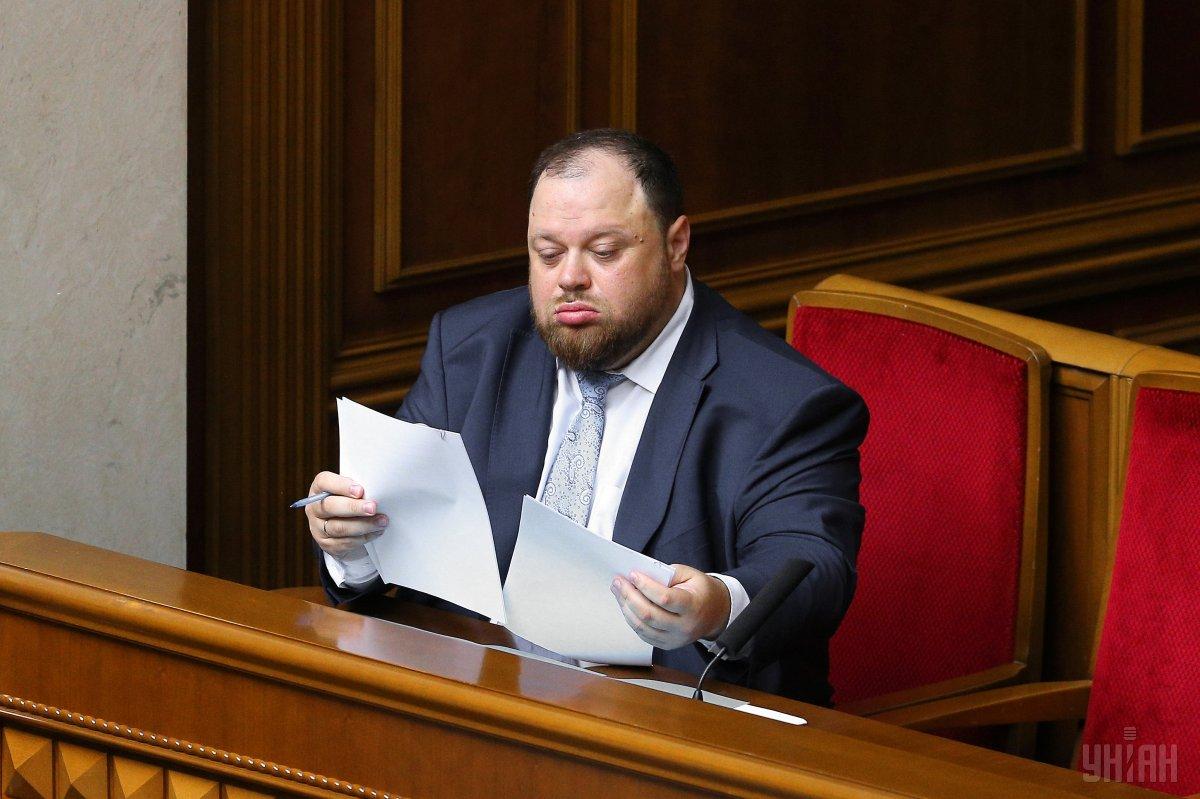 Ukrainian President Volodymyr Zelensky's envoy to the Verkhovna Rada, Ukraine's parliament, Ruslan Stefanchuk says the Cabinet of Ministers of Ukraine will continue to work if the Verkhovna Rada fails to vote for its resignation on May 30.

"If the resignation of the government is not voted, we know there is a procedure – the government continues to work," he said at a briefing on Wednesday, according to an UNIAN correspondent.

Stefanchuk reiterated the president has no authority to dismiss the current government.

"You know this is an issue of factions, factional agreement. Therefore, we sincerely hope it will be voted. And if not, then we will wait for July 21 [early parliamentary elections] so that we could legally register the Servant of the People Party in parliament and form a real government," he said.

As UNIAN reported earlier, Volodymyr Zelensky officially became President of Ukraine on May 20, 2019. During his swearing-in speech, he announced the dissolution of the Verkhovna Rada, Ukraine's parliament, and called on the Ukrainian government to resign.

On the same day, Ukrainian Prime Minister Volodymyr Groysman stated he would resign after the Cabinet of Ministers meeting on May 22.

On May 27, Chairman of the Verkhovna Rada, Ukraine's parliament, Andriy Parubiy said the issue of the resignation of the Cabinet of Ministers, Ukraine's government, would be considered on Thursday, May 30.

If you see a spelling error on our site, select it and press Ctrl+Enter
Tags:UkraineGroysmanresignationvotingVerkhovnaRadaCabinetOfMinistersZelenskyStefanchuk