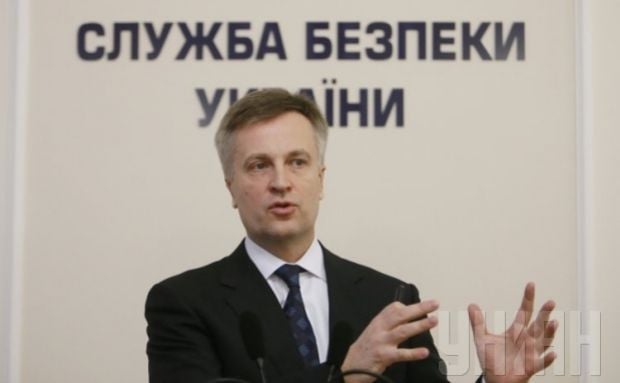 "Yes, Yakymenko and his gang, here, in the yard of Ukraine’s SBU state security service, set out more than 20 huge iron safes and tried to destroy the contents,” Nalyvaichenko said.

“The documents included organizational and administrative documentation on the majority of activists, the leaders of the Maidan’s Samooborona, opposition politicians, and even on their children. Think about it, even their children were involved! There was a real threat to the lives of these people. A real one. I'm not exaggerating," he said.

However, according to Nalyvaichenko, some of the materials were recovered, as copied has been sent by the SBU to the regions.

In addition, he said that there was documentary evidence that Yakymenko personally ordered the destruction of these documents.

"He personally signed an order to destroy all the documents. We have this document - once again thanks to the regional departments of the SBU," Nalyvaichenko said.

However, Nalyvaichenko could not say who gave the corresponding order to Yakymenko – the then president or his son, Oleksandr Yanukovych.

"In this case, we need to interrogate them," he said.