Kristina Kvien met with the embassy's workers on Friday. 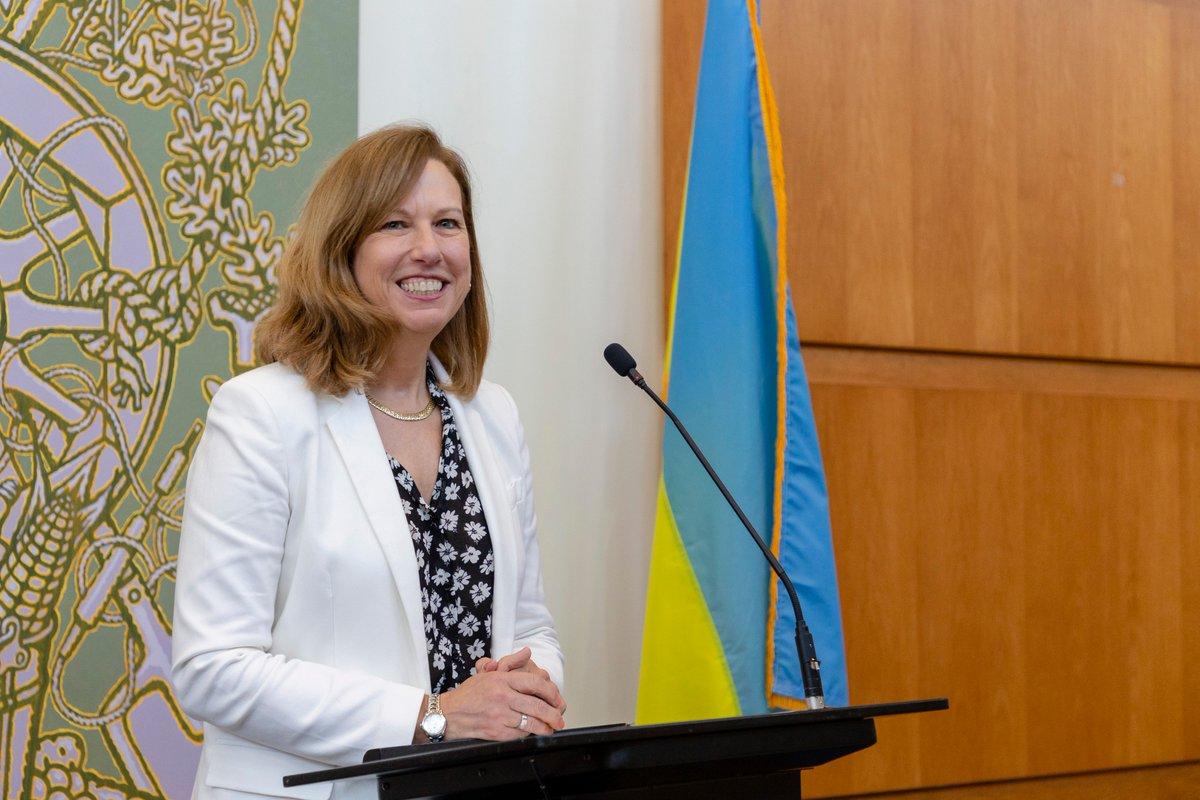 Kristina Kvien arrived in Kyiv on May 28 / Photo from twitter.com/USEmbassyKyiv

"Today, U.S. Embassy Kyiv staff welcomed Chargé d'Affaires a.i. Kristina Kvien at a Town Hall meeting. She arrived on May 28, 2019," the U.S. Embassy in Kyiv said on Twitter on May 31.

At the Department of State in Washington, DC, Kvien worked on European Union issues and on bilateral relations with Slovenia.

She is a native of California, with a BA in Political Science from Occidental College and an MS in Strategic Studies from the U.S. Army War College.

As UNIAN reported earlier, the U.S. Embassy in Ukraine said on May 7 that U.S. Ambassador Marie Yovanovitch would complete her mission by the end of May 2019, although her term was expiring in summer. On the same day, Eliot L. Engel, Chairman of the House Committee on Foreign Affairs, and House Majority Leader Steny Hoyer issued a joint statement expressing the conviction that Yovanovitch's premature recall was politically motivated.

"Ambassador Yovanovitch is a dedicated public servant and a diplomat of the highest caliber who has represented the United States under both Republican and Democratic administrations. The White House's outrageous decision to recall her is a political hit job and the latest in this Administration's campaign against career State Department personnel. It's clear that this decision was politically motivated, as allies of President Trump had joined foreign actors in lobbying for the Ambassador's dismissal. By recalling Ambassador Yovanovitch just mere months before her tenure in Ukraine was set to end, the Administration is harming American interests and undermining American diplomacy. We call on the Administration to reverse this decision immediately. In this period of transition, Ukraine needs gifted professionals like Ambassador Yovanovitch more than ever," the statement said.

If you see a spelling error on our site, select it and press Ctrl+Enter
Tags:UkraineUSAKyivambassador