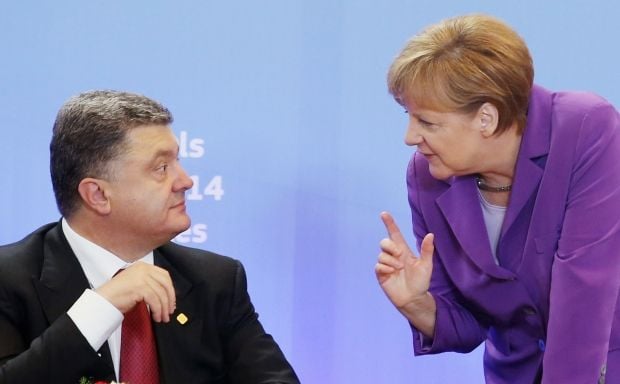 The parties have discussed the situation in Donbas and the fulfillment of the Minsk agreements, the presidential press service reported.

Poroshenko stressed Ukraine remained devoted to its commitments and for their fulfillment, Verkhovna Rada had adopted the decree "On Determination of Certain Districts, Cities, Villages and Towns of Donetsk and Luhansk Regions Where Special Order of Local Government is Being Introduced."

The Ukrainian president noted that under the Law on Special Order of Local Government, future elections in certain districts in Donetsk and Luhansk regions should be free, fair and meet the international standards of the OSCE.

The Ukrainian president also thanked for the warm welcome and constructive dialogue in the course of his recent visit to Germany on March 16.