She took this office as a result of the competition announced by Zelensky on April 30. 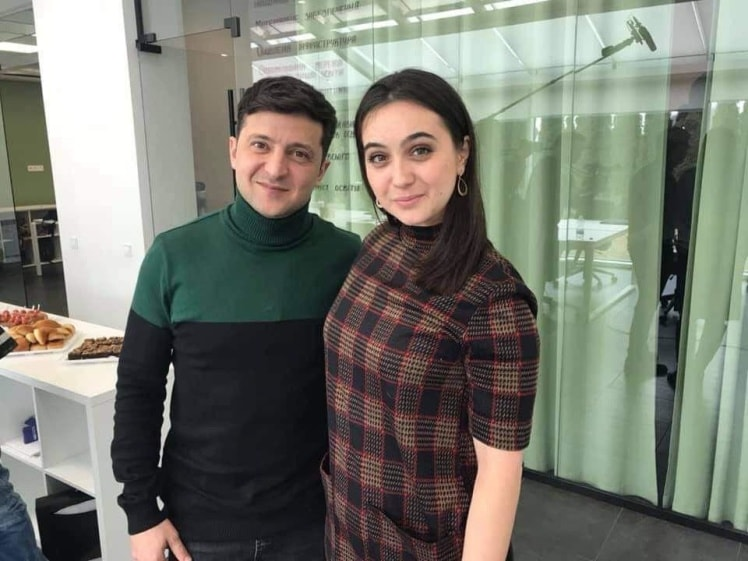 Ukrainian President Volodymyr Zelensky has appointed Iuliia Mendel to the post of his press secretary.

Respective decree No. 350/2019 was signed by the president on June 3. She took this office as a result of the competition announced by Zelensky on April 30, according to the president's press service.

"If you want changes – make them. I am glad to join Volodymyr Zelensky's team. We will do everything possible to be as open to the media and society as we can," Mendel commented on her appointment.

In total, nearly 4,000 contestants, examined by a separate HR team, ran for the office of the press secretary. Candidates were assessed under the following criteria: Ukrainian and English language proficiency, literacy, experience in related professions, higher education, diction, eloquence, reaction rate, awareness of political processes in Ukraine and the world, stress tolerance, mindset and a sense of humor. 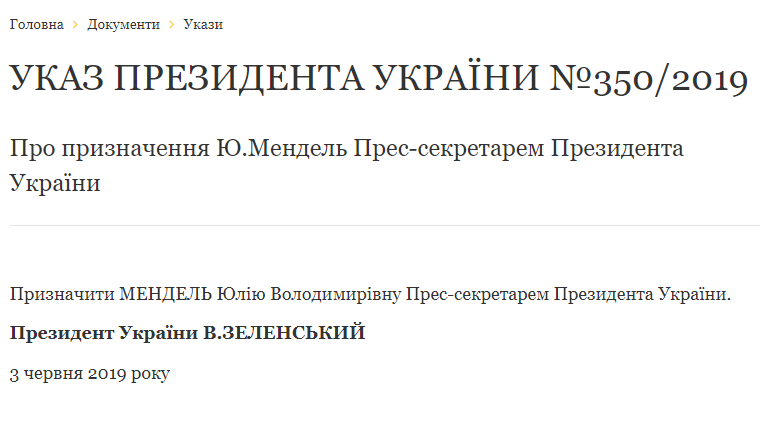 president.gov.ua
If you see a spelling error on our site, select it and press Ctrl+Enter
Tags:UkrainedecreesecretariatZelensky