Foreign minister: OSCE mission in Ukraine must be supplemented by peacekeepers

The OSCE special monitoring mission in Ukraine must be supplemented by a stabilizing factor in the form of an international peacekeeping and police mission under the auspices of the UN or the EU, Ukrainian Foreign Minister Pavlo Klimkin said on Thursday during a meeting with ambassadors of the EU and of the Group of Seven, according to Ukrainian online newspaper Apostroph. 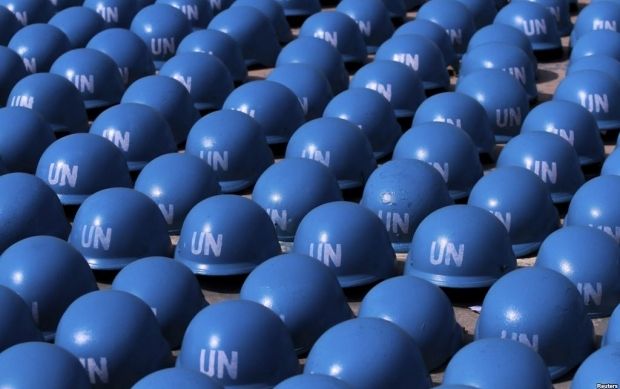 According to Klimkin, this should provide adequate security and controlling functions in the contact line of the conflict and on the Ukrainian-Russian border.

"One of the first steps to support the forthcoming local elections in the Donbas should be opportunities for the Ukrainian media to work freely in the territories controlled by the Russian-backed militants," he said.

Klimkin also stressed the need to provide opportunities for all registered political parties in Ukraine to participate in these elections.

"Free and fair elections in the Donbas are a position that is based and follows logically from the Minsk agreements that were supported by all the leaders of the "Normandy Four" countries, including Russian President Vladimir Putin," he said.

As UNIAN reported earlier, on March 17 the Verkhovna Rada of Ukraine adopted an appeal to the United Nations and the European Union on the deployment of an international peacekeeping and security mission.