Putin, Lukashenko and Nazarbayev to meet in Astana

Russian President Vladimir Putin, Kazakh President Nursultan Nazarbayev and President of Belarus Alexander Lukashenko will meet in Kazakhstan on March 20 and discuss the prospects for closer cooperation within the Moscow-led Eurasian Economic Union and the conflict in eastern Ukraine, Radio Liberty reported on Friday. 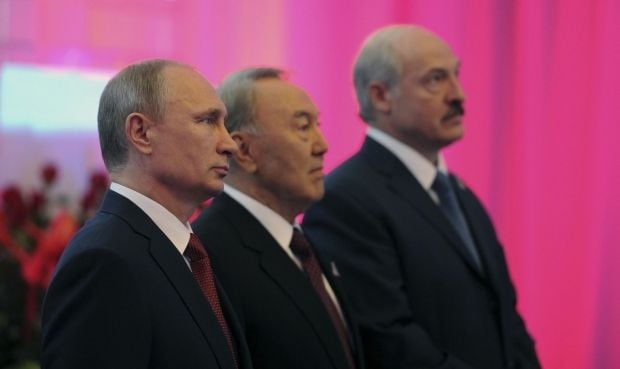 As reported earlier, the negotiations in Astana were previously scheduled for March 12-13, but at the last moment Russian President Vladimir Putin canceled his visit, which led to rumors that he was suffering poor health.

The Kremlin strongly denied any problems with Putin’s state of health. From March 5 until March 16 Putin was absent from public events.

Putin reappeared on March 16 at the meeting with Kyrgyz President Almazbek Atambayev at the Constantine Palace in St. Petersburg.