Miller complained about the "lack of signals" from Ukrainian President Zelensky. 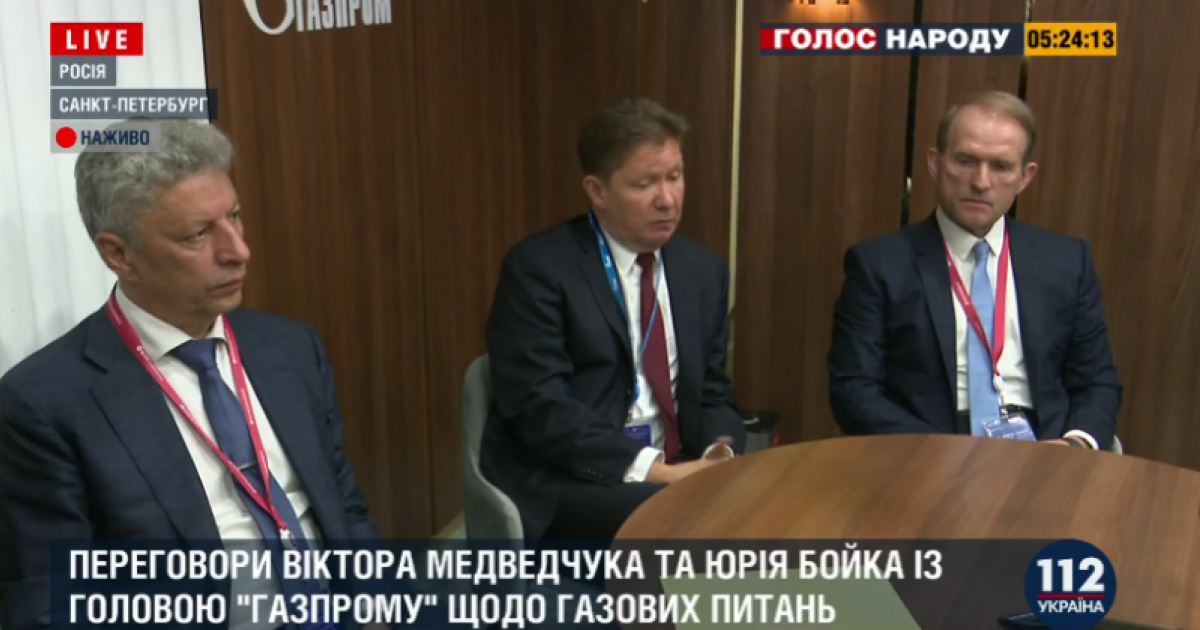 Boyko, Medvedchuk, and Miller discussed the gas issue, as Russia's Gazprom is willing to resume gas sales to Ukraine.

"Unreasonably great attention has recently been paid solely to the issue of extending the [gas] transit contract. In fact, the most important and significant issue is the conclusion of a direct contract for the supply of Russian gas to Ukraine," Miller said.

The CEO noted that "there are no signals" coming from the newly elected Ukrainian President, Volodymyr Zelensky.

During the meeting, Medvedchuk stressed that, after their last visit to Russia, there had been a "violent and negative reaction" on the part of Ukraine's government. However, this doesn't bother them, he added.

Former Ukrainian President Petro Poroshenko condemned Boyko and Medvedchuk's visit to Moscow. On March 27, the Cabinet of Ministers of Ukraine instructed to clarify the situation regarding the violation of border crossing by the two politicians.

As was earlier reported, Boyko and Medvedchuk top the list of the former "regionals" (members of a pro-Russian Party of Regions) who intend to participate in the snap elections to the Verkhovna Rada, Ukraine's parliament, as part of the "Opposition Platform - For Life" Party.

If you see a spelling error on our site, select it and press Ctrl+Enter
Tags:RussiaGazpromvisitMedvedchukMiller