Since 2014, Vadym Prystaiko has been at the helm of Ukraine's Permanent Mission to NATO. 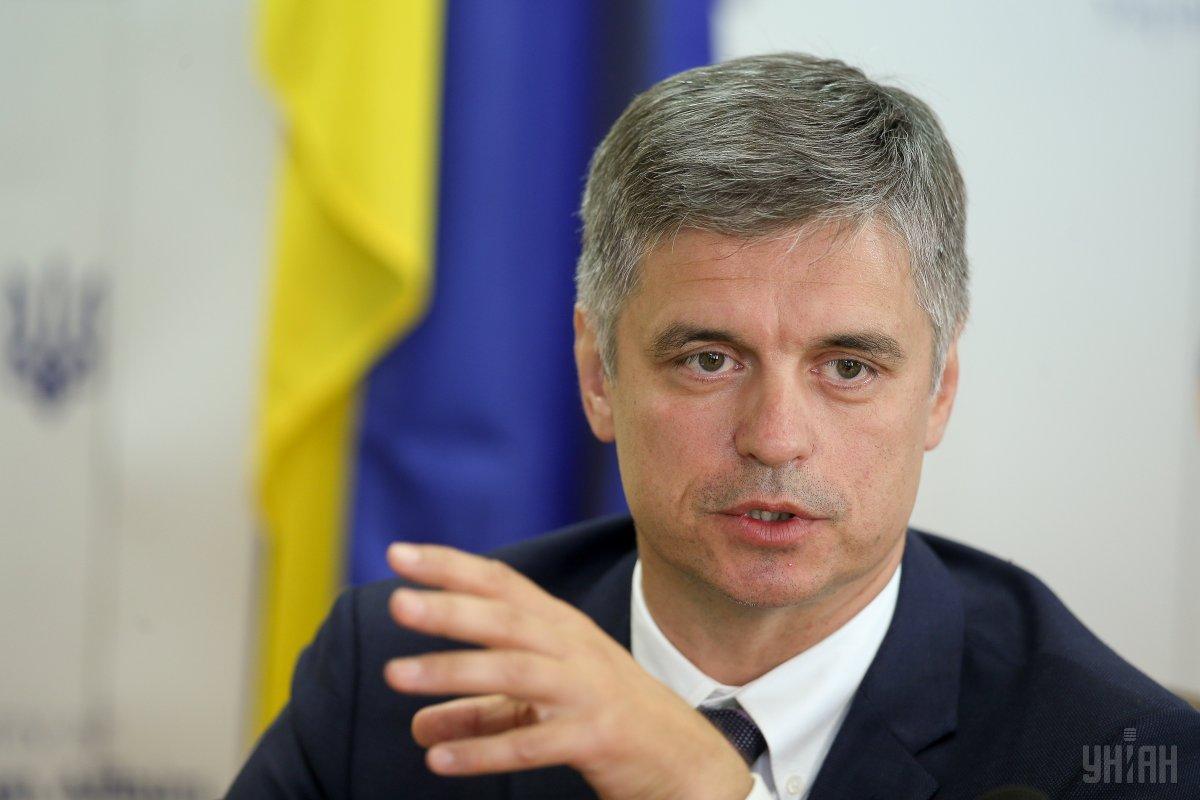 President of Ukraine Vladimir Zelensky has nominated Vadym Prystaiko for the post of the country's foreign minister.

The relevant motion was filed with the Verkhovna Rada of Ukraine Tuesday, along with the one on the dismissal of Pavlo Klimkin, the incumbent chief of Ukraine's diplomacy, that's according to deputy chief of presidential administration Ruslan Riaboshapka, an UNIAN correspondent reports.

Read alsoPresident Zelensky signs motion for parliament to dismiss Ukraine's chief prosecutorSince 2014, Vadym Prystaiko has been at the helm of Ukraine's Permanent Mission to NATO.

As UNIAN reported earlier, on May 30, Zelensky had already submitted to the Verkhovna Rada the motions on ​​the dismissal of Foreign Minister Klimkin, Defense Minister Poltorak and Chairman of the Security Service of Ukraine Vasyl Hrytsak.

On June 6, the Verkhovna Rada failed to pass said submissions.

If you see a spelling error on our site, select it and press Ctrl+Enter
Tags:NATORadaPrystaikoforeignministryZelensky