This would be a logical step following the delivery of Javelin anti-tank missiles, according to Steven Pifer, a former U.S. ambassador to Ukraine. 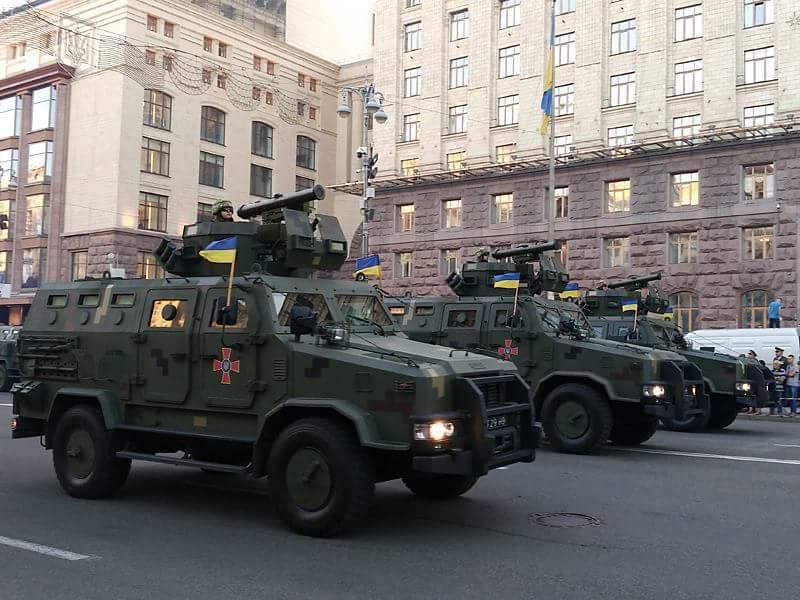 Over the five years of grinding war in Donbas, the United States has provided Ukraine with hundreds of millions of dollars in military gear: night-vision goggles, flak jackets, vehicles, counter-battery radars, among other things.

Now, U.S. lawmakers are moving to up the ante again, with legislation that would authorize supplying Kyiv with surface-to-air missiles.

The effort comes in an amendment being attached to legislation providing funding for the Defense Department; the amendment removes existing language prohibiting the sale of such missiles, known as man-portable air-defense systems, or MANPADS.

Sponsored by the two top lawmakers on the House Foreign Affairs Committee -- Democrat Eliot Engel and Republican Michael McCaul -- the measure, which is expected to pass easily, does not mean that the weapons will be supplied right away.

Any final decision would have to go through multiple approval processes at various U.S. agencies, including the U.S. Defense Department.

The move sends a clear message to the Kremlin of where Congress stands regarding the war in Ukraine. And, according to Steven Pifer, a former U.S. ambassador to Ukraine, it's a logical next step after the U.S. decision to supply Javelins to the Ukrainian armed forces.

"I don't see this as generating more problems than the arrival of the Javelins did," Pifer, now a research fellow at Stanford University's Freeman Spogli Institute for International Studies, told RFE/RL. "We're not talking about providing the Ukrainians with F-35 fighters or M-1 tanks."

And the House legislation calls for the first time for supplying anti-ship missiles and coastal-defense weaponry to Ukraine in response to an incident in November 2018, when Russian Coast Guard ships seized three Ukrainian boats and 24 sailors in the Kerch Strait near the Crimean Peninsula.

While Moscow reacted angrily when Washington agreed to supply the Javelins to Ukraine, there have been few remarks by Russian officials on the subject since the 210 missiles and 37 launchers arrived in April 2018.

Ukraine has showcased the Javelins in publicized drills but its armed forces have not used them in combat in eastern battlefields.

The special U.S. envoy for Ukraine, Kurt Volker, has said that the Javelins are being stored in a secure facility far from the front line.

Ukrainian and U.S. sources with knowledge of the storage locations have told RFE/RL that the missiles and launchers have been separated into smaller groups and are held in strategic locations around the country, possibly in underground bunkers, where they can be moved quickly to areas that border Russia or the eastern front line.

In March, the top U.S. military commander for Europe told the Senate Armed Services Committee that even if the Javelins hadn't been deployed, their presence had been registered by Russian occupation forces.

"They take that into consideration in the deployment of their forces and where they put them," General Curtis Scaparrotti told the committee.

Since 2014, Ukraine has received more than $3 billion in total support, including security and nonsecurity assistance, from the United States.

If you see a spelling error on our site, select it and press Ctrl+Enter
Tags:RussiaDonbasUSARussianAggressionlethalaidassistancemilitarydefensemissilesJavelins