Klimkin explains why Russia hinders separation of forces in Donbas

The Russian side is trying to coerce Ukrainian authorities to engage in direct political communication with the occupiers, the foreign minister stresses. 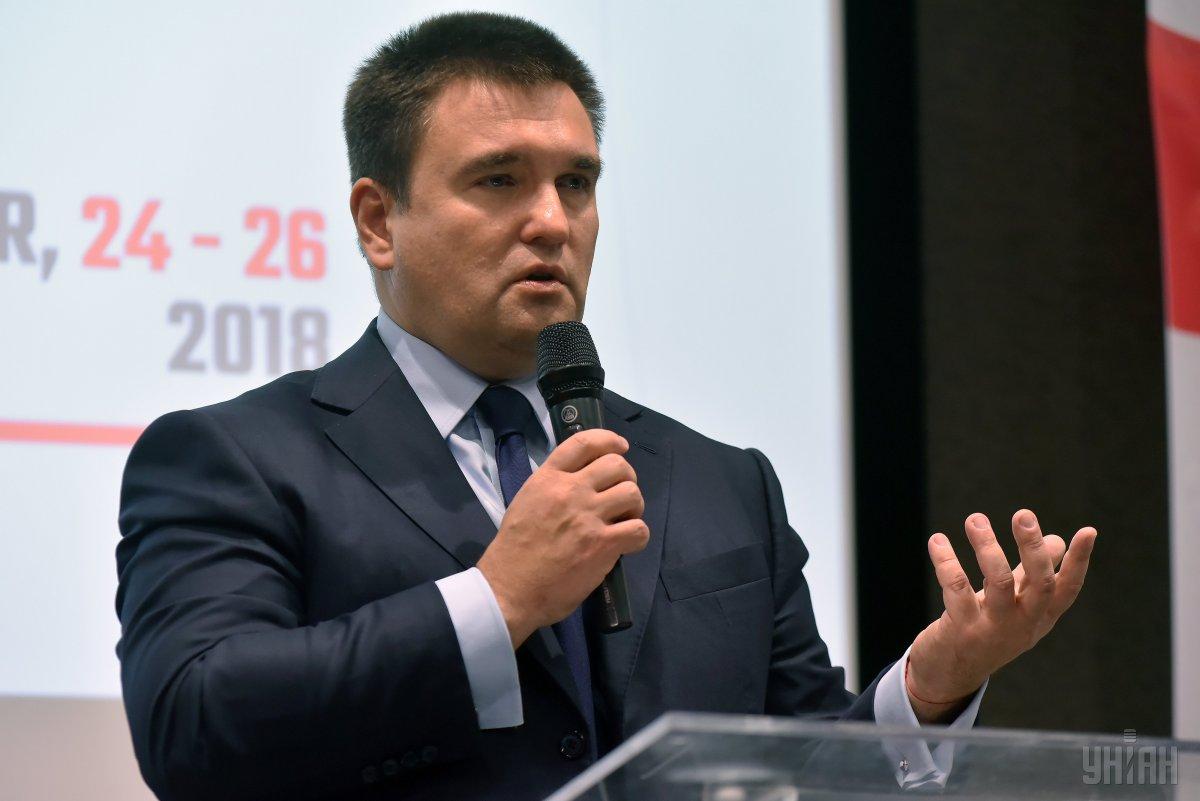 By preventing further separation of forces and means in Donbas, the Russian side is trying to worsen Ukraine's position and, in particular, that of President Volodymyr Zelensky ahead of his visits to Germany and France, says Foreign Minister Pavlo Klimkin.

"We talked about how the Russian side impedes further separation [of forces]. You understand perfectly well what is happening now. We agreed on a demarcation near Stanytsia Luhanska, but the tactics of the Russian side are very clear and banal, they try worsen the position of the Ukrainian side and, in particular, that of President Zelensky ahead of his visits to Berlin and Paris, to accuse that the separation is being carried out against the background of shelling," Klimkin said, speaking at a joint press conference with the OSCE Chairman-in-Office, Minister for Foreign and European Affairs of the Slovak Republic, Miroslav Lajcak in Kyiv Thursday, according to an UNIAN correspondent.

The top diplomat recalled the shelling recorded by the observers from the OSCE Special Monitoring Mission, when the Russian invaders disrupted the separation of forces and equipment in Stanytsia Luhanska.

"The tricks of the Russian side are absolutely clear – to coerce us to directly engaging in political communication with their occupation administrations,” said the foreign minister.

Klimkin added that he had discussed with Lajcak important security issues and the question of strengthening the OSCE SMM.

As UNIAN reported earlier, on June 5, the participants in the Trilateral Contact Group on the Donbas settlement agreed to declare a ceasefire in Stanytsia Luhanska from June 10.

On June 10, the Joint Forces Operation Command said Russian occupation forces had once again disrupted the execution of measures for the separation of forces and means in the Stanytsia Luhanska section, firing at nearby positions of Ukrainian troops.

Zelensky will make an official visit to France on June 17, and to Germany – on June 18.

If you see a spelling error on our site, select it and press Ctrl+Enter
Tags:RussiawarDonbasKlimkin