Russia plotting provocations in Kharkiv, Riga over historical past

The events regarding Soviet-era monuments in Latvia and Ukraine deserve close examination. 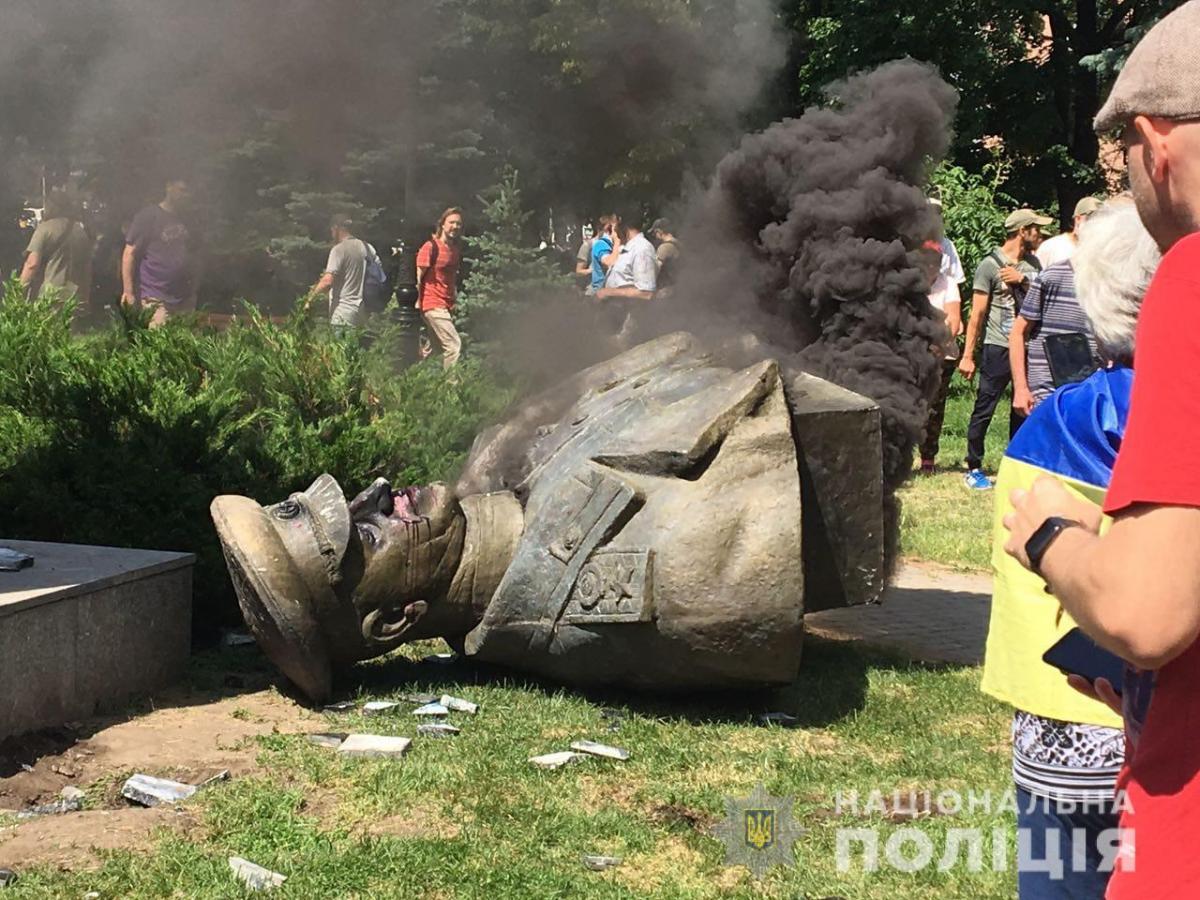 The designers of the global hybrid war being waged by the Putin regime are preparing new subversive operations aimed to destroy the internal political stability of states that do not seek to be in the control of the “Russian World” concept, according to the Information Resistance OSINT Group.

To this end, Russian special services are forming hotbeds of controlled chaos, and civil conflicts of various types are being kindled. First, the aggressor seeks to seize the information space of the potential victim, to disorganize it, filling it with its narratives, in order to finally incline the target of aggression to actions in the "right" direction, the report says.

A favorite theme of Russian instigators of semantic conflicts are manipulations of historical memory of the Second World War. The Kremlin, through its agents of influence, manipulates the wounds of the past, instead of seeking reconciliation and drawing the right conclusions from the bloody lessons of the war.

In this context, current events regarding Soviet-era monuments in Latvia and Ukraine deserve close examination.

On June 17, in the information space of Latvia, where the share of the Russian national minority is 25.7%, a very disturbing message appeared. The "Latvian" pseudo-civil activists from the International Peacemaking Group of the Riga Committee (MMG RK) requested the introduction of Russian peacekeepers in Latvia. The country is allegedly on the verge of a civil war due to the approval by the Sejm of Latvia on June 13 of a petition to dismantle the monument to the Liberators of Riga, which was opened in 1985 during the Soviet occupation of the Republic, and is a symbol of the suffering of the Latvian people.

Created at the expense of the Kremlin, the MMG RK is still striving to act cautiously, suggesting that this peacekeeping contingent be made international, with the participation of NATO representatives, a military alliance, which Latvia has been part of since 2004.

At first glance, the appeal looks completely surreal and devoid of any meaning, but if we look closely at its signatories, everything becomes obvious, the experts stress. The appeal was supported by seemingly ordinary civil activists and defenders of the Russian-speaking minority, but with some nuances. For example, Finnish citizen Johan Beckman calls himself the "official" representative of the terrorist organization "DPR" in Finland, and in November 2018 he visited the territories of Donbas beyond the control of Ukraine as an observer at illegal and unrecognized "elections". As a publicist, Beckman distorts and manipulates the facts of history in order to provide informational support to the unrecognized "republics."

No less interesting is Dmitry Yermolaev, a former Russian "diplomat" who recently became a participant in the scandal with the disclosure of data on the apartments of officers of the Russian Foreign Intelligence Service. As a Russian intelligence officer, he oversees an SVR asset, Polish national Tomasz Maciejczuk, a talking head for Russian TV, who launched the myth of the Ukrainian neo-Nazi organization Misanthropic Division. Russian propaganda actively, but unsuccessfully, used this to discredit Ukraine before European partners.

The preparation by Russian special services of hybrid actions against Latvian statehood under the scenario of the conflict around the Estonian Bronze Soldier is clearly visible.

For Estonians, the monument was an unconditional symbol of the Communist occupation. When, in mid-April 2007, the Estonian government decided to transfer the memorial from the city center to the Military Cemetery, according to the provisions of the war graves law, Russian special services provoked riots with the participation of young people in Tallinn and other cities in the country. The pro-Russian youth movement Nashi and the public movement Night Watch took an active part in the events.

Russian media used tactics of information warfare, provoking people to protest over false reports that "the monument was destroyed by the Nazis."

Estonian events have found their echoes in Ukraine. On April 27, 2007, the Mayor of Kharkiv, Mykhailo Dobkin, of the Party of Regions, suggested in an open letter to the mayor of Tallinn to consider the transfer of the Bronze Soldier and the reburial of the remains of Soviet soldiers in Kharkiv, but was refused.

Svoboda Party, which implemented a decision on the complete dismantling of the symbols of “imperial-Bolshevik domination” through the Lviv City Council, was further involved in the skirmish, which at the time was an additional stress factor in Ukrainian society.

In 2019 in Ukraine, as well as in Estonia in 2007, the pro-Russian forces are updating the issue of the “war of monuments”. As is known, on June 2, 2019, the nationalists destroyed a monument to Marshal of the USSR Georgy Zhukov, and a scuffle with law enforcement officers occurred. This provided the perfect information background and became an element of the hybrid war against Ukraine under the “Estonian scenario”.

Comparing the information attack of the Russian Federation on Estonia in 2007, and the current "dancing on the bones" around the monuments in Riga and Kharkiv relating to the perpetuation of participants in the Second World War, one should be very aware of the fact that these events can be the beginning of large-scale hybrid subversive Kremlin operations with far-reaching destabilizing effects, right up to the Russian military invasion.

It is also possible that Moscow initiates the above-mentioned crisis situations in order to divert attention and form an image of the affected party, especially on the eve of the next targeted attempts by the Russians to lift the international sanctions imposed for the occupation of the Crimea and inciting the armed conflict in Donbas. Moreover, this is taking place against the background of the extremely sluggish and unstructured position of the EU on the Russian Federation, the victory of populists and pro-Russian lobbyists in several European countries, and the frequent calls to lift sanctions off the aggressor state in order to improve the position of European businesses. The EU countries may pay a much higher price in the future, but for the time being they are inclined not to think about it, neglecting the interests of their allies and partners for the sake of situational benefits, which is also part of the Kremlin’s global hybrid strategy.

If you see a spelling error on our site, select it and press Ctrl+Enter
Tags:Russiahybridwarfarepropagandadestabilizationinfowars