EU agrees to extend economic sanctions on Russia until 2020 – media

The formal roll-over will take place in the coming days. 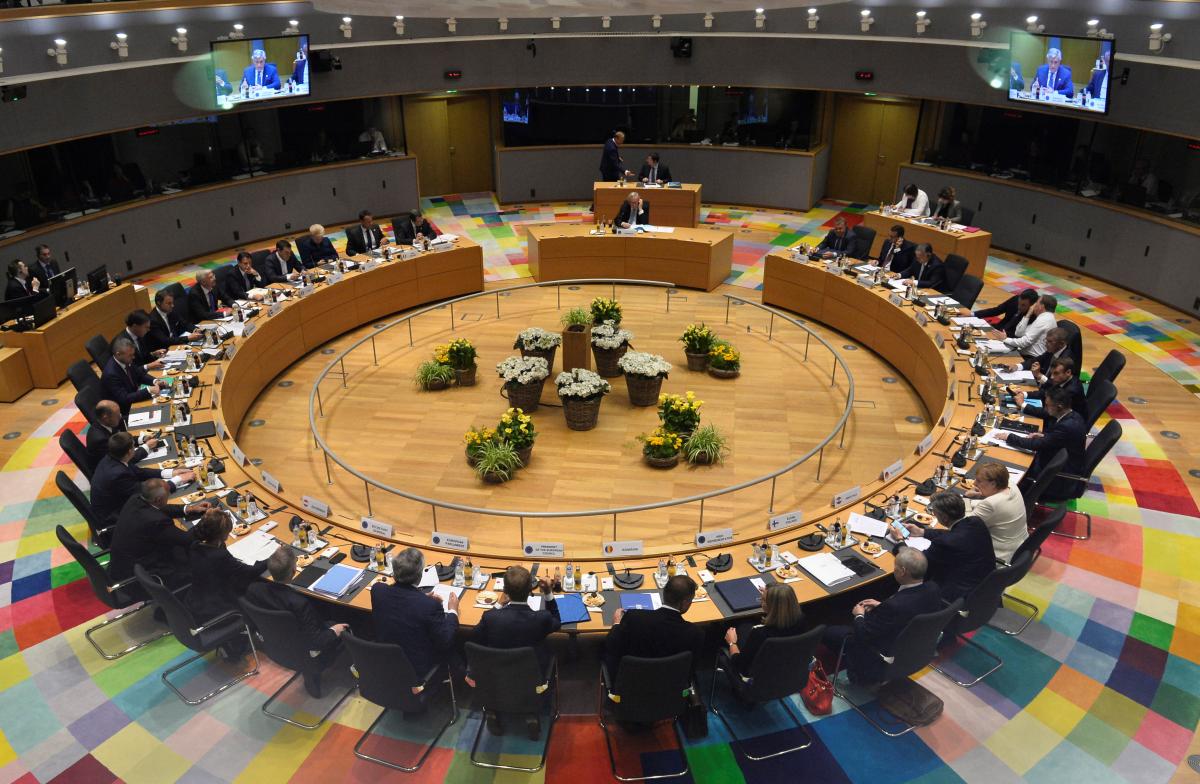 European Union leaders agreed on Thursday to prolong until the end of January 2020 economic sanctions against Russia over the turmoil in Ukraine, a spokesman for the bloc said.

"Russia sanctions unanimously extended for another six months because of a lack of Minsk Agreements implementation," said the spokesman, Preben Aman, referring to a stalled peace accord for east Ukraine, Reuters said.

The EU first slapped sanctions on Russia after Moscow annexed Crimea from Ukraine in March 2014 and supported rebels fighting Kyiv troops in the east of the country. That conflict, which killed 13,000 people, is still simmering.

The downing in east Ukraine in July 2014 of a Malaysian passenger plane led to a toughening of the EU's response to the crisis. All 298 people aboard, many of them Dutch, perished.

A Dutch-led international investigative team on Wednesday said three Russians and a Ukrainian will face murder charges for bringing down the MH17 flight.

EU leaders will also express "full support for all efforts to establish truth, justice and accountability for the victims and their next of kin," according to their draft joint statement seen by Reuters.

They will call "on Russia to cooperate fully with the ongoing investigation".

The EU's economic sanctions against Moscow over Ukraine include curbs on Russian energy, defense and financial sectors and are currently in place until the end of July. The formal roll-over will take place in the coming days.

The bloc on Thursday also extended for a year until June 2020 its separate sanctions that ban the bloc from doing business with Russia-annexed Crimea.

The bloc will also express "its utmost concern" about President Vladimir Putin's decree allowing Ukrainians in the troubled east to get Russian passports under simplified procedures.

The EU's Russia hawks, Poland and Lithuania, are among those pushing to extend the bloc's punitive measures against Moscow over the passport issue.

But any new EU sanctions would require unanimity among all the 28 national leaders of the bloc and no new sanctions are expected swiftly as most others – including Italy, Germany and France – are opposed.

The leaders will, however, say on Thursday that the bloc "stands ready to consider further options, including non-recognition of Russian passports" issued in east Ukraine which undermine the peace process.

If you see a spelling error on our site, select it and press Ctrl+Enter
Tags:EuropesanctionsEuropeanUnionRussiaSanctionsMinskAgreementsMinskProcess