Putin on Vyshinsky-for-Sentsov swap: "We have not forgotten"

Putin had a Q&A session with journalists after the Direct Line event on June 20. 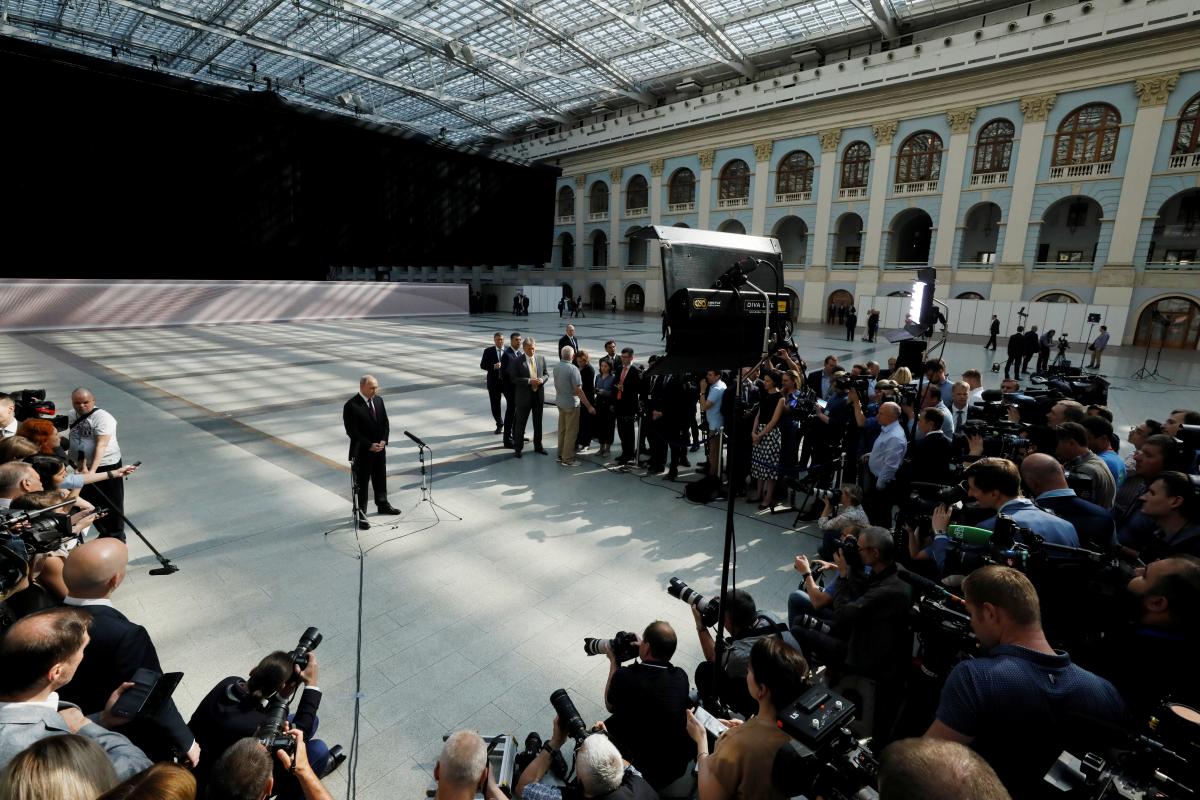 Russian President Vladimir Putin says he has not forgotten about the possibility of an exchange of former editor-in-chief of RIA Novosti News Agency, Kirill Vyshinsky, who is being tried on treason charges in Ukraine, for Ukrainian film director Oleh Sentsov, 24 Ukrainian sailors and other Ukrainians held captive in Russia.

"We are thinking about it, we have not forgotten," Putin said when asked about the possibility of the swap during a Q&A session with journalists after the Direct Line event on Thursday, June 20, according to an UNIAN correspondent in Russia.

As UNIAN reported earlier, Vyshinsky was detained on May 15, 2018, following SBU raids in the office of RIA Novosti Ukraine in Kyiv. He was charged with high treason. The SBU and prosecutors had uncovered the illegal activity of the Russian-controlled media chain in Ukraine. It was established that in spring 2014, when Russia annexed Ukraine's Crimea, Vyshinsky produced anti-Ukrainian materials. He also received a medal from Putin for "the return of Crimea," according to the SBU. In addition, Vyshinsky jointly with several other journalists started actively supporting the terrorist organizations in Donbas, the "DPR" and the "LPR," after his return from Crimea in 2014. Vyshinsky faces up to 15 years in prison if found guilty of the charges brought against him.

Sentsov was arrested in the Russian-occupied Crimea in spring 2014. In August 2015, the North Caucasus District Military Court in Russia's Rostov-on-Don sentenced Sentsov to 20 years in a high-security penal colony. He pleaded not guilty. Sentsov is now serving his term in a penal colony in the town of Labytnangi, Russia's Yamal.

Twenty-four Ukrainian sailors and three Ukrainian Navy ships were seized by Russia's special forces in the international waters near the Kerch Strait in November 2018. Now they are standing trial in Moscow.