Peeling away Russia’s lies about the downed Malaysia Airlines flight: The Washington Post

Everything about Russia's aggression in Ukraine has been wrapped in untruths. 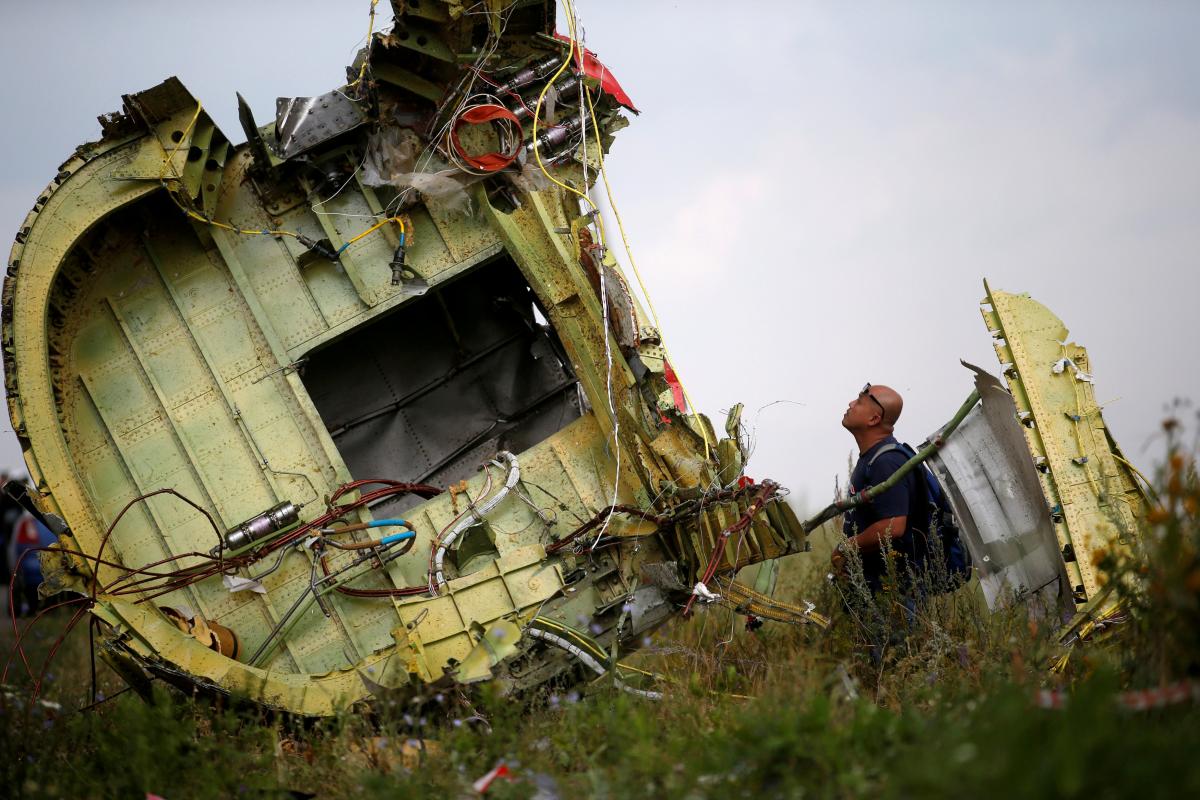 When Malaysia Airlines Flight 17 (MH17) was blown out of the sky over eastern Ukraine five years ago, killing all 298 people aboard, Russian military officials denied involvement. They offered some fabricated evidence that it was Ukraine's fault. Since then, journalists and international investigators have worked diligently to uncover the truth: that a Russian surface-to-air Buk missile was fired to destroy the Boeing 777. This week, investigators took another step toward identifying the people behind the shoot-down — and the suspects are in Russia.

Fred Westerbeke, chief prosecutor for the Netherlands, which lost 193 citizens in the disaster, announced that four men will be put on trial next March on charges of murder in connection with the shoot-down. Three of them are connected to Russia’s military and intelligence services; the fourth is a Ukrainian who led a separatist faction reporting to one of the Russians. The shoot-down on July 17, 2014, came as Russia ignited a violent conflict in Donbas, in which some 13,000 people have been killed and that remains unresolved, The Washington Post wrote.

Previous investigations, examining debris, videos and conversations, established that the airliner was downed by the missile, and that the missile launcher came from Russia and was quickly spirited back across the border in a hasty effort at a coverup. The open-source investigative group Bellingcat identified, through intercepted phone conversations, people responsible for escorting the missile to and from the launch site. Now, the criminal investigation is moving ahead, coordinated by Mr. Westerbeke and carried out by a joint team from Australia, Belgium, Malaysia, the Netherlands and Ukraine.

"Their acts on and around July 2014 have led to the shooting of Flight MH17. Even though they have not pushed the button themselves, there is suspicion that they have closely cooperated" in obtaining and positioning the missile launcher, Mr. Westerbeke told reporters. He said the officers involved may have thought they were shooting down a Ukrainian military aircraft, but that does not absolve them of responsibility for the murder of those aboard MH17.

None of the four men charged are likely to be present at the trial; most are in Russia, which will not extradite them and still denies responsibility. These charges do not account for the whole story — who else at high levels in Russia approved moving the missile across an international border in the first place?

Everything about Russia's aggression in Ukraine has been wrapped in untruths, the publication stresses. President Vladimir Putin lied about the Kremlin's role in sending "little green men" to seize Crimea from Ukraine in 2014, and about Russia's role in fomenting and arming the bloody insurrection in the Donbas region of Ukraine.

"Hopefully, the criminal prosecution will further peel back the lies about one terrible day in this dirty war, the day that 298 innocent civilians lost their lives to a Russian missile," the report concludes.

If you see a spelling error on our site, select it and press Ctrl+Enter
Tags:warDonbasRussianAggressionMH17