NATO assures it will continue providing political and practical support to Ukraine. 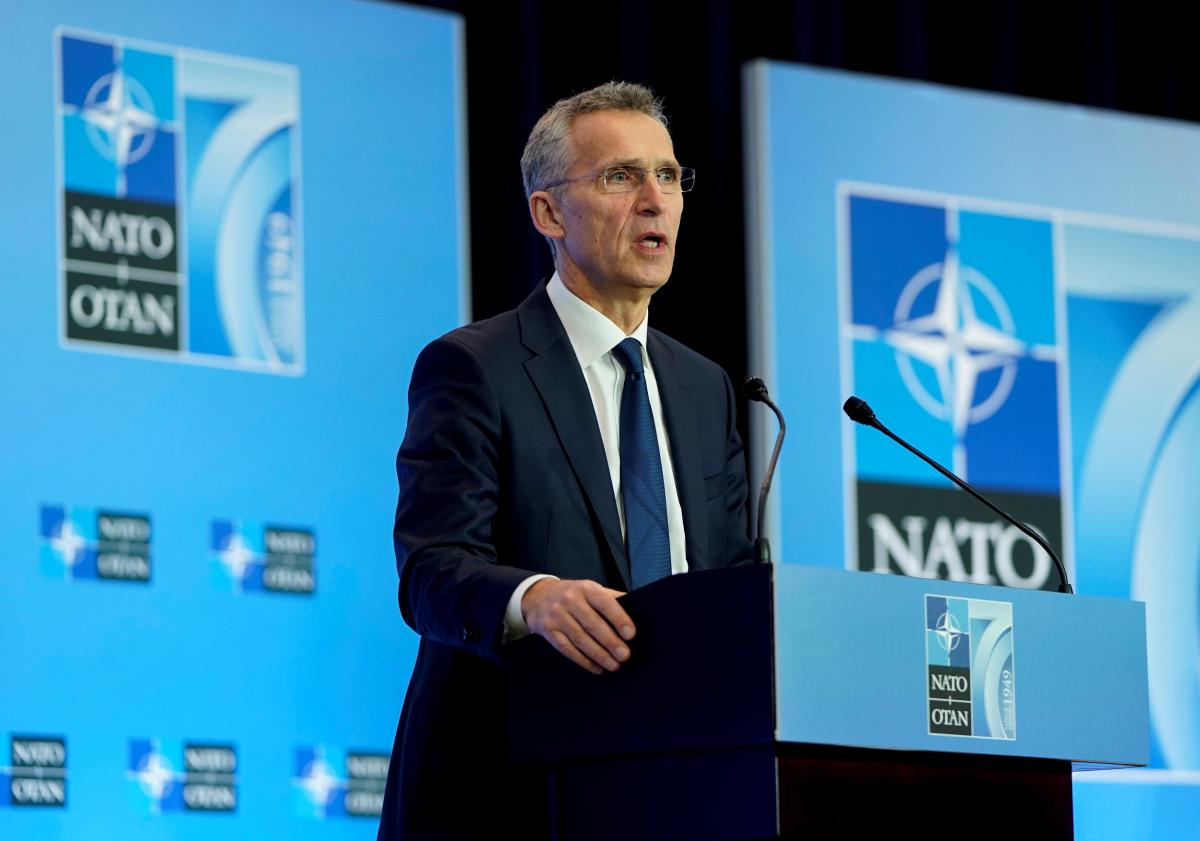 NATO Secretary General Jens Stoltenberg says there is no direct link between the efforts to resolve the situation in Ukraine and the efforts to force Russia into compliance with the Intermediate-Range Nuclear Forces Treaty (INF Treaty).

"The illegal annexation of Crimea and the continued efforts to destabilize Ukraine is part of a broader pattern we have seen over several years. But at the same time we don't see any direct link between the efforts to solve the crisis in and around Ukraine – as in eastern Ukraine, Donbas, and Crimea – and the efforts to bring Russia back into compliance with the INF Treaty. We are focused on both. And we will continue to provide strong support – political support and practical support for Ukraine at the same time as we are calling on Russia to come back into compliance [with the Treaty] and preparing for our response if Russia doesn't come back into compliance," he said at a press conference at a Defense Ministers meeting in Brussels on Wednesday, June 26, when asked whether he expected that the issue of Donbas and Crimea would become more difficult to be settled after Russia had taken a firm line on the INF Treaty.

Stoltenberg noted that the violation of the Treaty, the deployment of the SSC-8 (Novator 9M729) missiles was one of the episodes of Russia's pattern of behavior over the past few years.

"The violation of the INF Treaty, the deployment of the new SSC-8 missiles are part of a pattern we have seen over several years from Russia – a more assertive behavior, aggressive actions against Ukraine, illegally annexing Crimea, modernizing the armed forces, investing in new conventional capabilities, investing in new nuclear capabilities and also rhetoric which is much more assertive that we have seen before," he said.

As was reported, the United States and its NATO allies want Russia to destroy its 9M729/SSC-8 nuclear-capable cruise missile system, which Moscow has so far refused to do. It denies any violations of the INF Treaty, accusing Washington of seeking an arms race. Without a deal, the United States has said it will withdraw from the INF treaty on August 2, removing constraints on its own ability to develop nuclear-capable, medium-range missiles.

If you see a spelling error on our site, select it and press Ctrl+Enter
Tags:RussiaCrimeaDonbasNATORussianAggressionStoltenbergINFTreaty