The party has revealed nine candidates who have unlawfully stated their membership of the party. 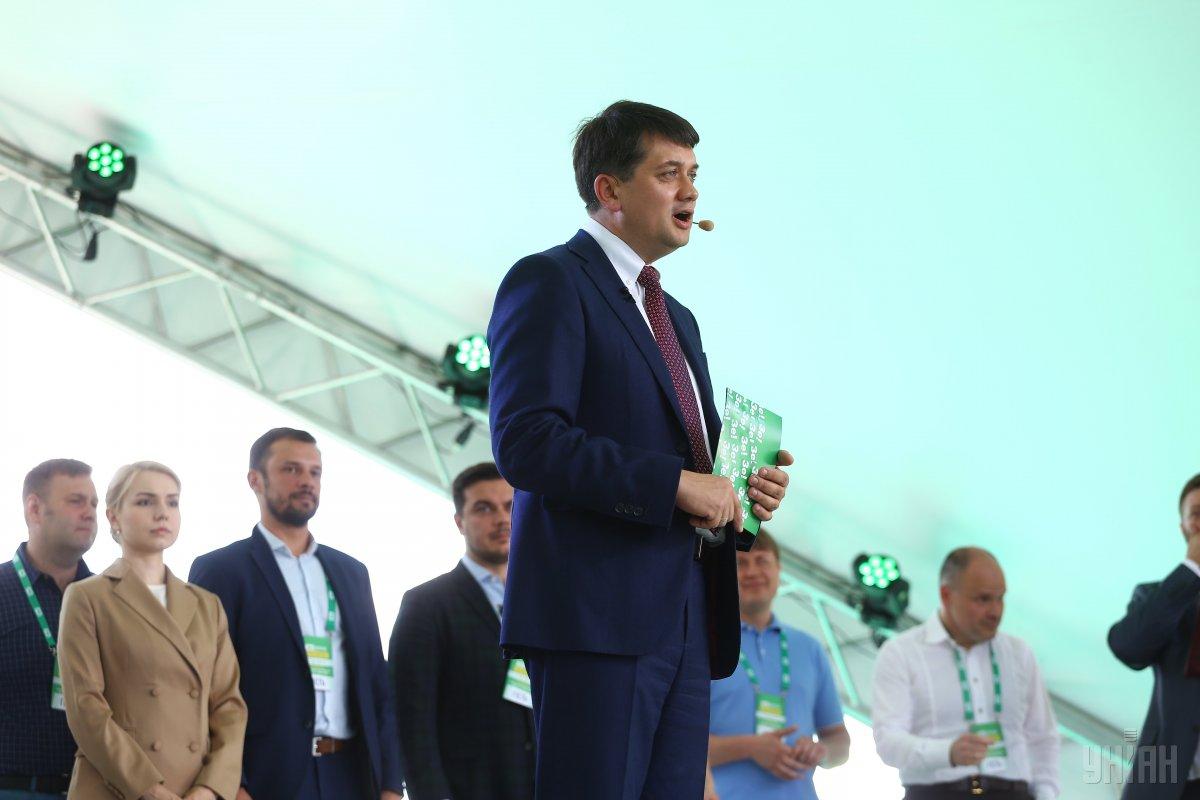 Dmytro Razumkov, leader of the Servant of the People Party / Photo from UNIAN

The Servant of the People Party has filed a lawsuit against the Central Election Commission (CEC) insisting that ballot papers should include information that such "clone" candidates who lied about their membership of the party are not members of the party.

"The Central Election Commission should be obliged to amend Resolution No. 1345, dated June 26, 2019, on the form, color and wording of the ballot paper for voting in the national multi-mandate constituency during early for parliamentary elections in Ukraine on July 21, 2019 and include information in the ballot papers to indicate whether such candidates running for parliament in single-mandate constituencies are members of any party or not," the party said on Telegram.

The party has revealed nine candidates who have unlawfully stated their membership of the party: Mykola Pidhursky in single-mandate constituency (SMC) No. 94; Oleksandr Zelinsky, Dmytro Antsyferov, Alyona Hrynko, Artem Dmytruk in SMC No. 133; Oleh Petrivets in SMC No. 145; Oleh Boyko in SMC No. 199; and Sergey Tretyak and Serhiy Kosyan in SMC No.206.

The Servant of the People Party requires that the CEC indicate in the ballot papers that those candidates are non-party ones.

The claim was lodged with the Sixth Administrative Court of Appeals and will be considered on June 30.

If you see a spelling error on our site, select it and press Ctrl+Enter
Tags:electionsCECpartyServantofthepeople