Klimkin urges all those who do not accept the "current political mess" to join him. 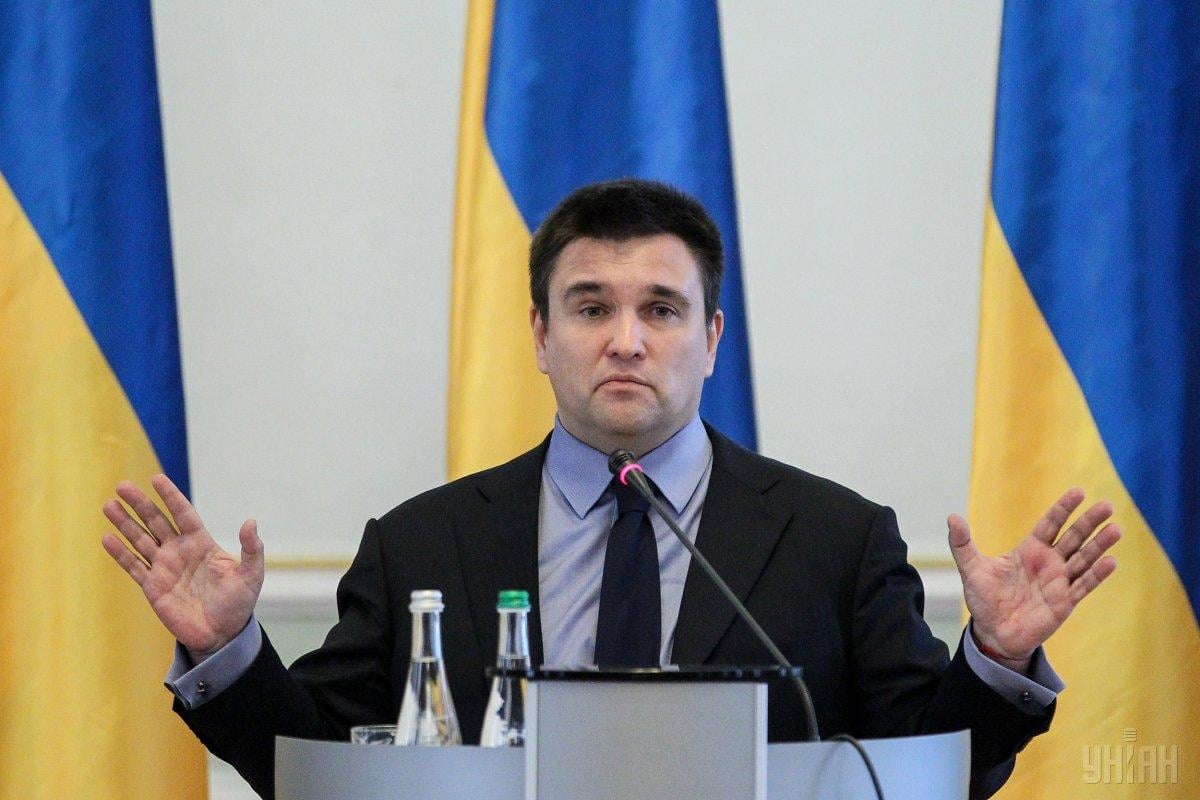 "No matter what and when the Verkhovna Rada [Ukraine's parliament] decides on my resignation, I have made up my mind to take a leave. I think it will be fair and right. But it's not just a leave, a leave for politics, since I can't do things half-way but now it's time to build a real political team," the minister said in a video address posted on Facebook.

Klimkin urges all those who do not accept the "current political mess" to join him.

"Any domestic discussions should strengthen us but weaken Russia," he said.

"We all speak with one voice, demanding from Russia the immediate and unconditional release of all our sailors, all political prisoners, all hostages. But at the same time, we understand what a trap Russia was trying to set up for us, to defame our sailors, pretending they have committed a crime, trying them under Russian laws, fundamentally weakening our position regarding occupied Crimea, fundamentally weakening our position regarding lawsuits under which Russia should pay billions," Klimkin said.

As UNIAN reported earlier, on June 27, Ukrainian President Volodymyr Zelensky strongly criticized the Foreign Ministry and personally Klimkin for actions that may disrupt the release of the Ukrainian sailors.

In turn, Klimkin said his ministry had full authority to send a response to Russians without the president's consent. In particular, he published copies of the diplomatic notes of the Russian Federation and Ukraine regarding the prisoners of war. According to Klimkin, the Russian note was a trap that "was prepared for our sailors, for our legal and diplomatic teams, for the country's leaders."