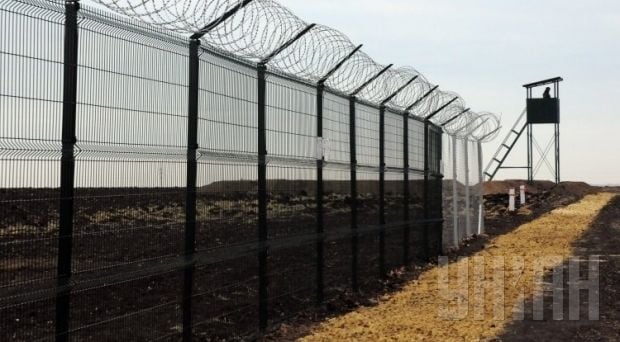 "We have partially allocated the funding for this project. It remains a priority for the government," Poroshenko said.

"At the same time, today our main task is to build defensive fortifications on the line of contact with the illegal armed groups in the Donbas," he said.

According to Poroshenko, the Ukrainian government has already allocated over UAH 800 million for the construction of these fortifications.

"There is the biggest danger there, and Russia must explain to the world the reason for its crossing the border," he said.

As UNIAN reported earlier, the government's massive fortification project nicknamed the “Great Wall of Ukraine” provides for the construction of fortifications along two thousand kilometers of Ukraine’s land border with Russia and the strengthening of this part of the state border.

Oleh Slobodyan, the assistant chairman of the Ukrainian State Border Service, said that the first phase of fortifying the Ukrainian-Russian border will start in early April.

The government plans to allocate UAH 300 million for this year to perform the first stage of the engineering work on this project.