Adviser to the Interior Minister Anton Heraschenko said that he supports the idea that Right Sector leader Dmytro Yarosh could become a government worker. 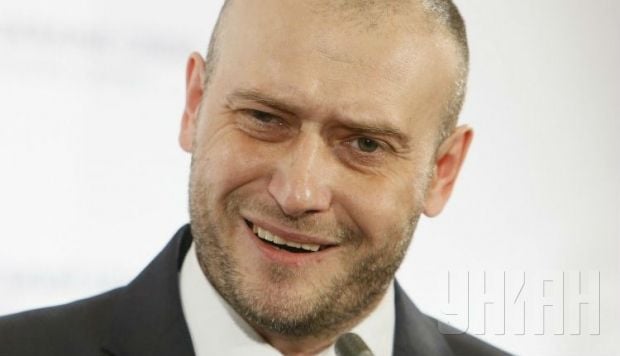 Heraschenko claims Yarosh "seems to get really bored at the Verkhovna Rada." / Photo from UNIAN

Leader of the Right Sector, MP Dmytro Yarosh has been offered a job at Ukraine's Defense Ministry.

"I can confirm that the president has offered Dmytro Yarosh a job at the Defense Ministry. I would approve of Dmytro Yarosh's becoming a civil servant," Heraschenko said.

"And I'll tell you more: he seems to get really bored at the Verkhovna Rada. What is more, he's got a serious wound in a battle. It would be a pleasure for me to create, jointly with Dmytro Yarosh, a self-defense volunteers' union after an Estonian, Finnish or Swiss model," Heraschenko said.