Putin met with Pope Francis at the Vatican. 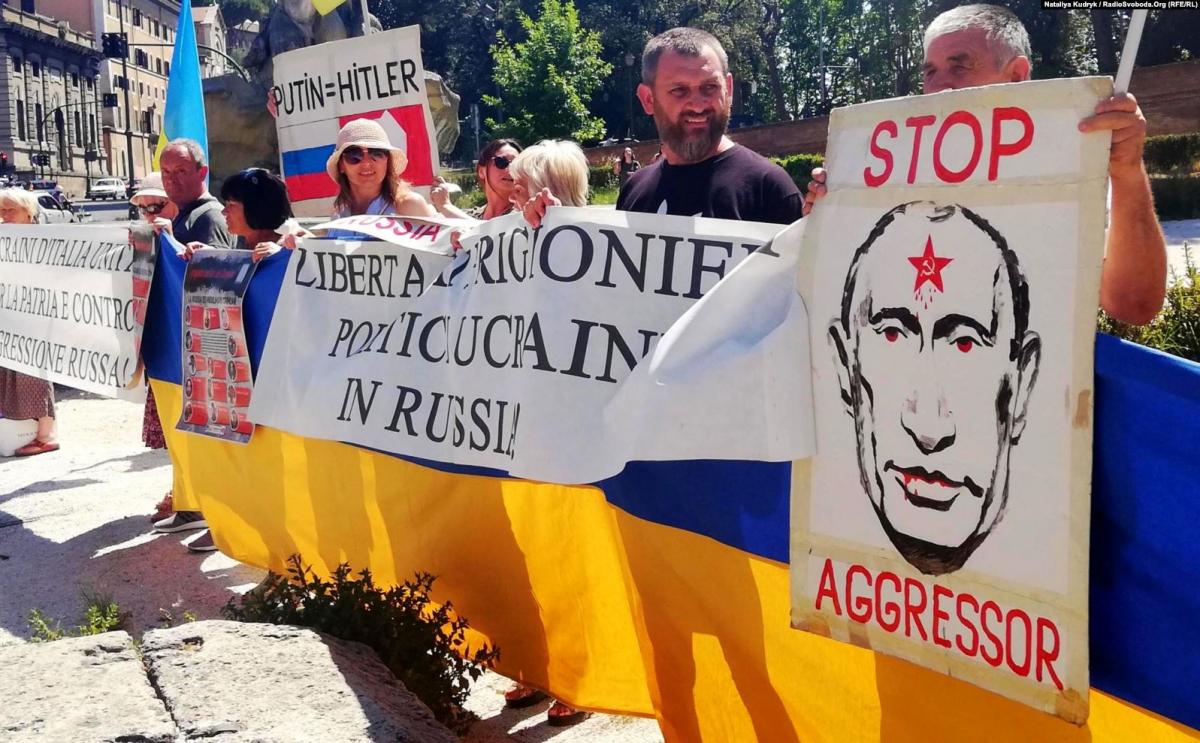 Ukrainians remind Italy about war in Ukraine initiated by Putin / Photo from radiosvoboda.org

Members of the Ukrainian community in Rome, Italy, have staged a rally in protest against Russian President Vladimir Putin's official visit to the Italian capital.

"The dictator who has occupied part of an independent state does not deserve such a high-level reception Italy has given. Italy seems to have forgotten that there is a war in Europe, and Putin is the one who is behind it," head of the Christian Association of Ukrainians in Italy Oles Horodetsky said at the event.

He called on Italian politicians to finally show solidarity in upholding the interests of Ukraine and urge the Russian president to adhere to international law and withdraw Russian troops and weapons from Donbas, the east of Ukraine.

As UNIAN reported, Russian President Vladimir Putin was in Rome on an official visit on July 4. He met with Pope Francis at the Vatican.

If you see a spelling error on our site, select it and press Ctrl+Enter
Tags:PutinprotestvisitrallyItalyVatican