Parubiy: Putin may start large-scale military operation in Ukraine by May 9 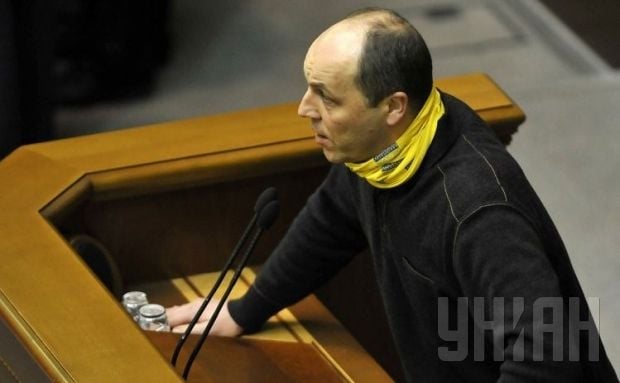 "Huge forces are now lined up next to the border between Ukraine and Russia. According to many reports, and it is no longer a secret, there is a high risk of a large-scale military operation in the next weeks. According to Putin, it should pass off brilliantly before May 9 and demonstrate the power of the Russian army," Parubiy said.

"Ukraine needs supplies of lethal weapons from the West in order to increase the power of the Ukrainian armed forces. First of all, we are talking about Javelin anti-tank missiles," Parubiy said.

"The representatives of the United States say that if Russia attacks Mariupol, then they will decide on this issue. I told them: ‘Guys, then you may tell me that you will decide this if Russia attacks Kharkiv, and then Kyiv. We need the weapons today. If a full-scale attack begins, we will need the technical means to stop it.’"

According to Parubiy, many people in the United States agree with his position, but a great influence on decision-making is wielded by the main EU countries, especially Germany.

German Chancellor Angela Merkel's visit to the United States, during which she urged U.S. President Barack Obama not to supply weapons to Ukraine, was the reason no weapons were coming to Ukraine, Parubiy said.

"Some of the officials of the U.S. presidential administration told us that we should go to Berlin and Paris and to convince them. I told them – no," Parubiy said.

"When we signed an agreement on nuclear-free status, neither Berlin nor Paris gave us guarantees. They were given by Washington. And if Washington considers itself a leader, it must feel and realize that leadership is not only a status. It is a responsibility and an ability to make decisions.”