Disengagement of forces was performed in Stanytsia Luhanska on June 26-30. 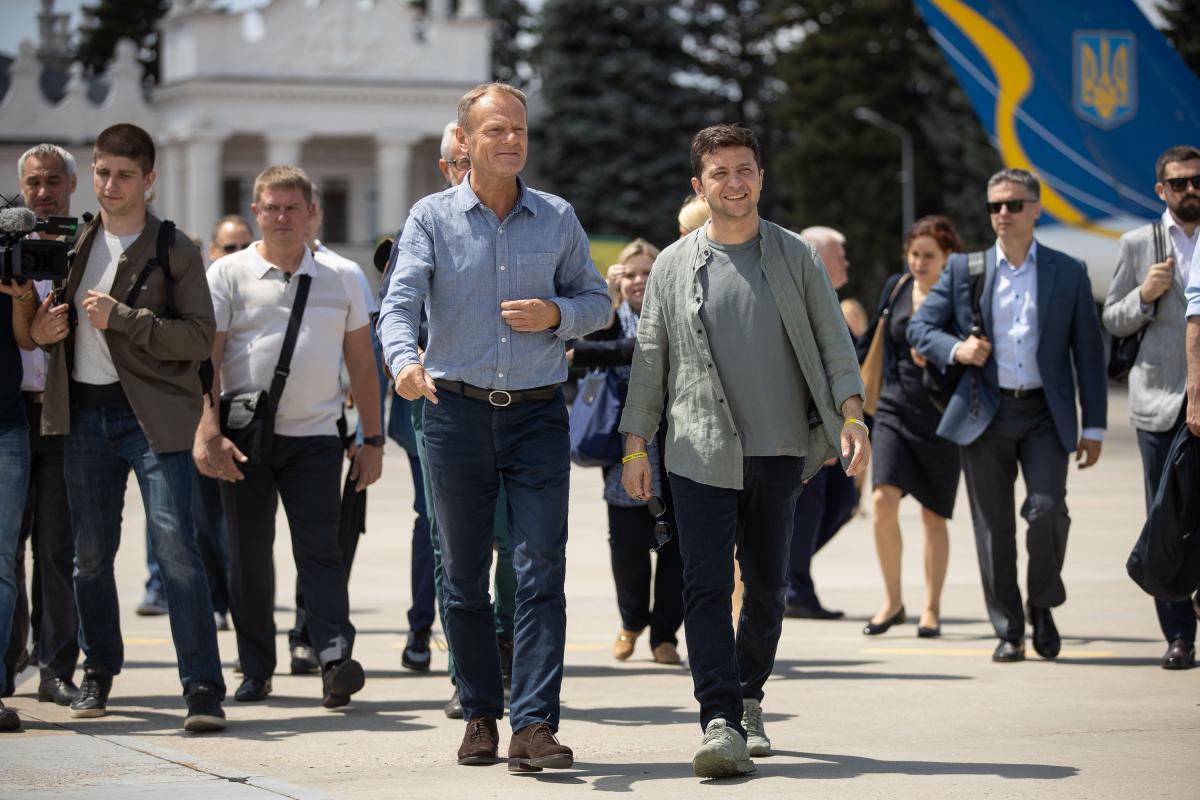 Ukrainian President Volodymyr Zelensky and President of the European Council Donald Tusk on July 7 visited the village of Stanytsia Luhanska in Luhansk region, eastern Ukraine, to observe and hear a report on the security situation in the area of the Joint Forces Operation (JFO), following the disengagement of forces and weapons there.

Read alsoZelensky commits to peace in Donbas, but Russia needs to do its part – Volker

"Together with President of the European Council Donald Tusk, Volodymyr Zelensky passed through the last checkpoint of our military and reached a destroyed bridge through which people cross the line of demarcation and which is planned to rebuild in case of compliance with truce," the presidential press service said on Sunday.

"We want to rebuild this bridge. I have reached a public agreement with our government: we find the money and promptly build it. To this end, it is necessary to pull back the fortifications of the other side. If they do it, we will start building the bridge and complete the construction promptly," Zelensky said.

The head of state emphasized that during the construction of the bridge, people would have an opportunity to cross the delimitation line.

Zelensky and Tusk also visited the command and observation post of the 8th company of the 25th separate airborne brigade of the Armed Forces of Ukraine and debriefed the military of the current security situation in the JFO area.

"The troops were separated. The commanders are ready. There is no 'treason' at all," Chief of the General Staff and Commander-in-Chief of the Armed Forces of Ukraine Ruslan Khomchak reported.

The Ukrainian president also spoke with Deputy Chief Monitor of the OSCE Special Monitoring Mission to Ukraine Mark Etherington about coordination of actions in the region.

In addition, Zelensky inspected the positions of the Ukrainian military moved as a result of disengagement of forces and got acquainted with the humanitarian projects in Donbas implemented with the support of the European Union.

As UNIAN reported earlier, on June 26-30, disengagement of forces was performed in Stanytsia Luhanska, which was confirmed by the OSCE SMM.

If you see a spelling error on our site, select it and press Ctrl+Enter
Tags:DonbasTuskmilitarybridgecheckpointZelenskydisengagement